Well This is a game I made that’s still in the works it’s called desert vigilantes and it’s about a detective livening in a steam punk, world that’s 90% desert. After a very recent uncover of a crime lord, criminal connections. He decided to take a break with his family on a Camo cruiser, which is a giant robot walking camel, whose top quarters are luxurious and spacious like a cruise ship, and people go on these giant robots for vocations or to travel vast distances on their planets in a luxurious fashion.

Chapter 1
So in this ship your main character starts watching a theatrical performance in the back hauls of the ship, when suddenly the ship gets attacked by the man that he has evidence on. Then your main character has to make a dramatic escape while the villain captures his family for hostages. A View of that level is Shown Below 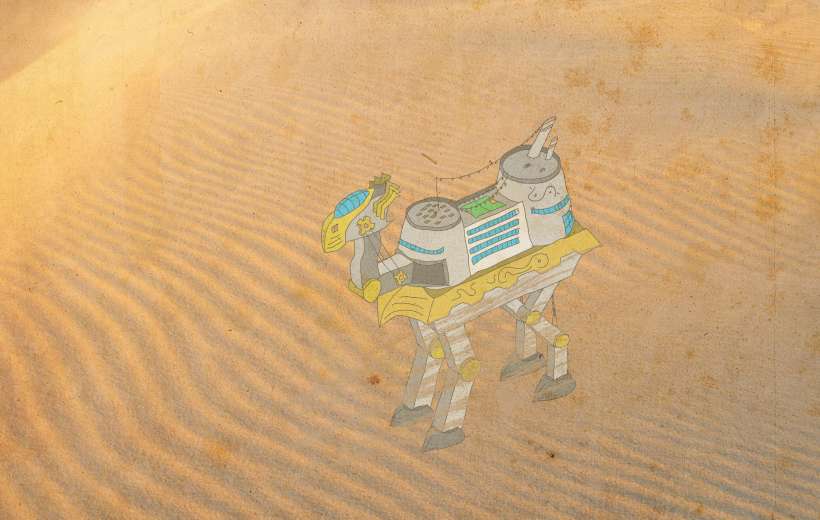 So after this level your character will end up piloting the giant Camel and since it got badly destroyed by the mobsters, your character will have to pilot it to the closest patch of land, before it completely stops functioning. Which happens to be a mountain. So afterwards he has to get to the top of the mountain because the sand storms on the planet are terrible, and if he gets caught in one then he won’t be able to see and will probably be attacked by the desert animals, that are adapted to that environment. So he has no choice but getting to the top of the mountain where he will be above the storm. Luckily for him there is an old abandoned mining village on top of that mountain. As shown below