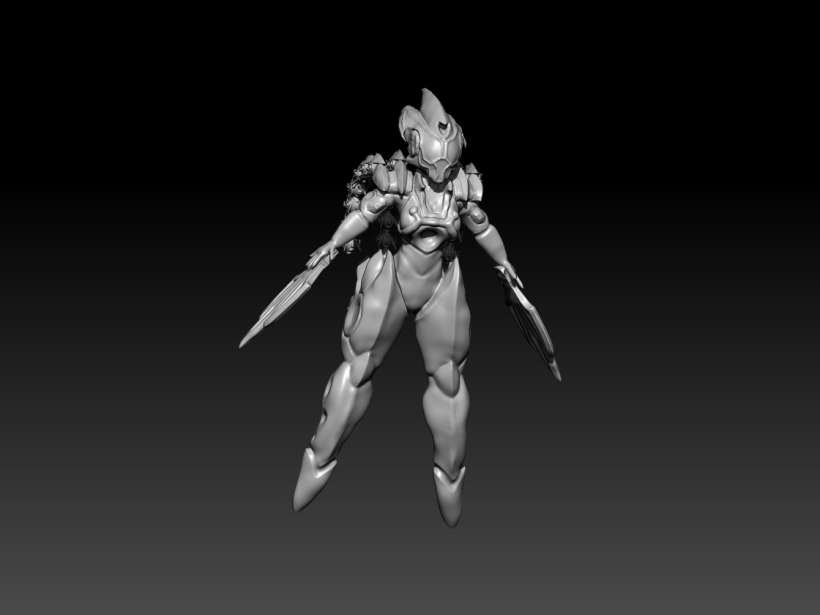 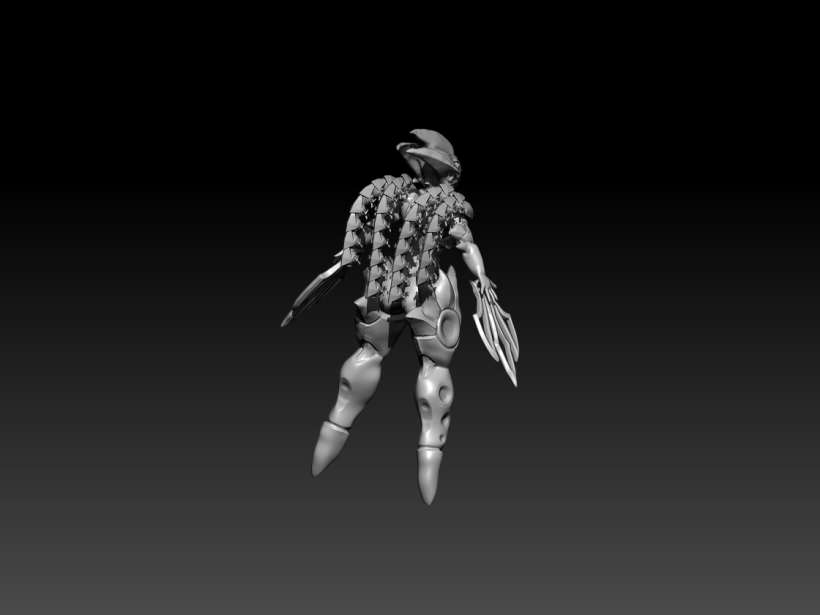 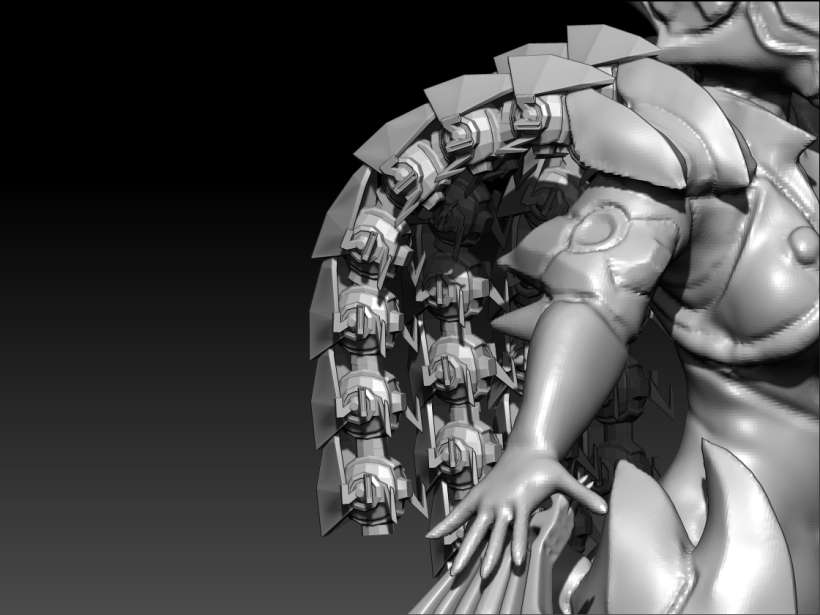 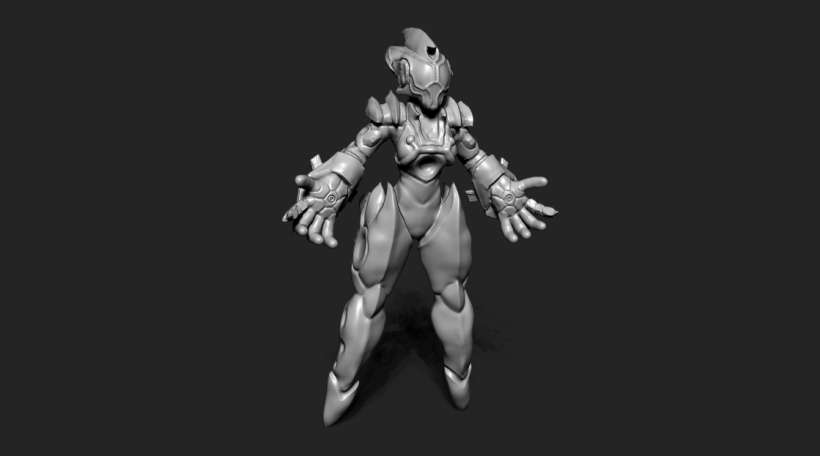 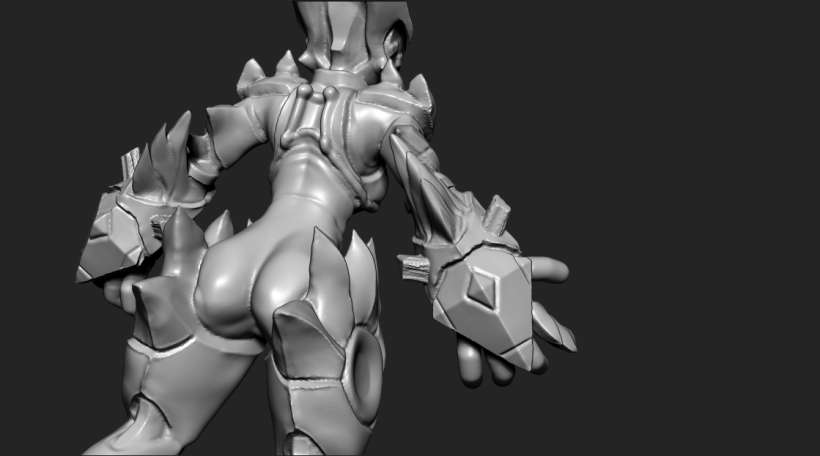 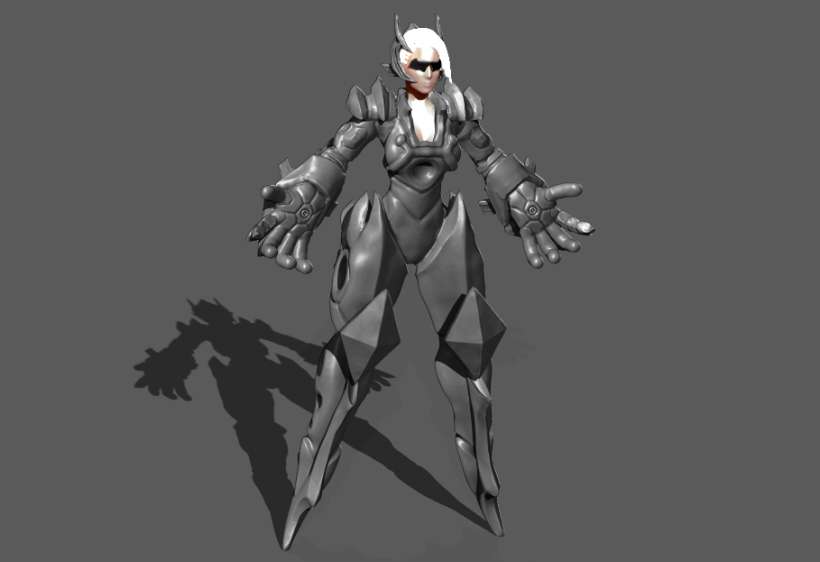 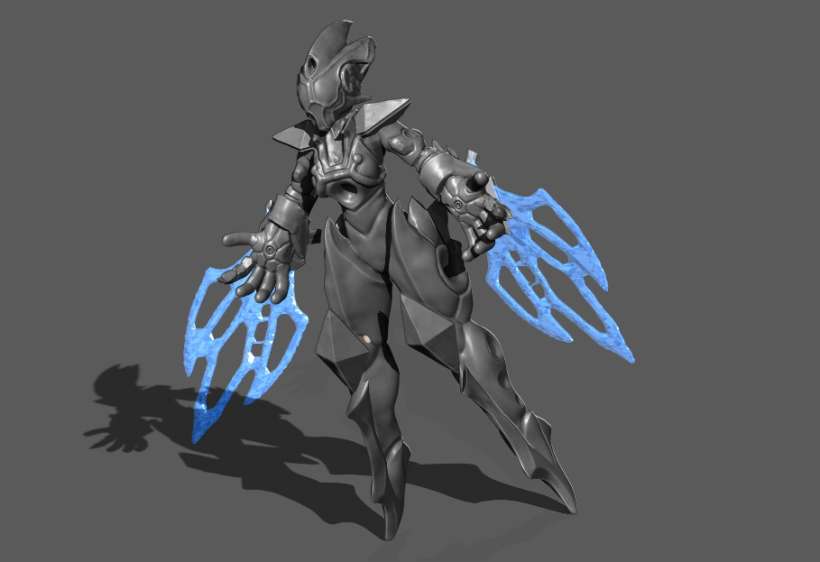 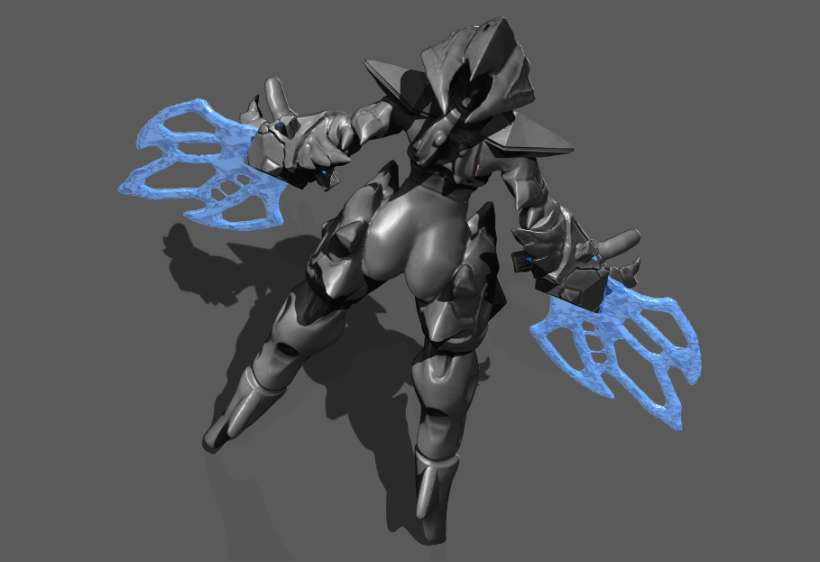 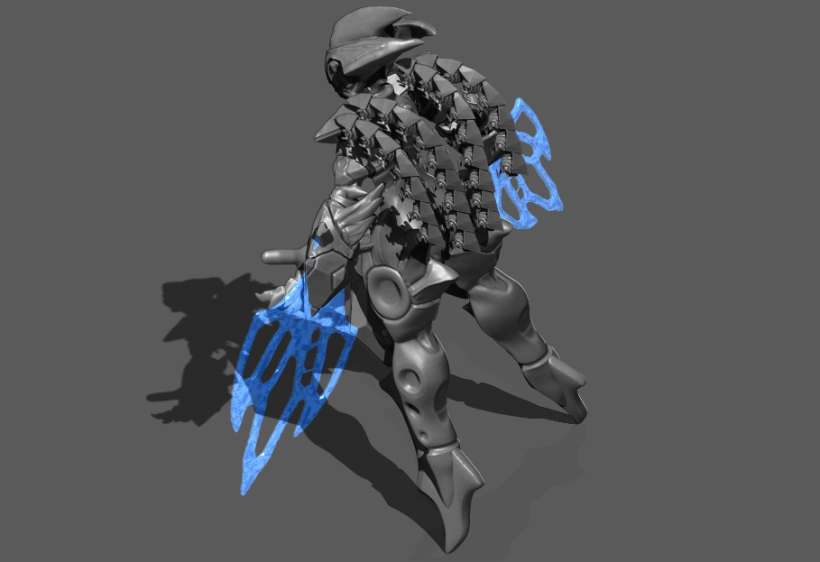 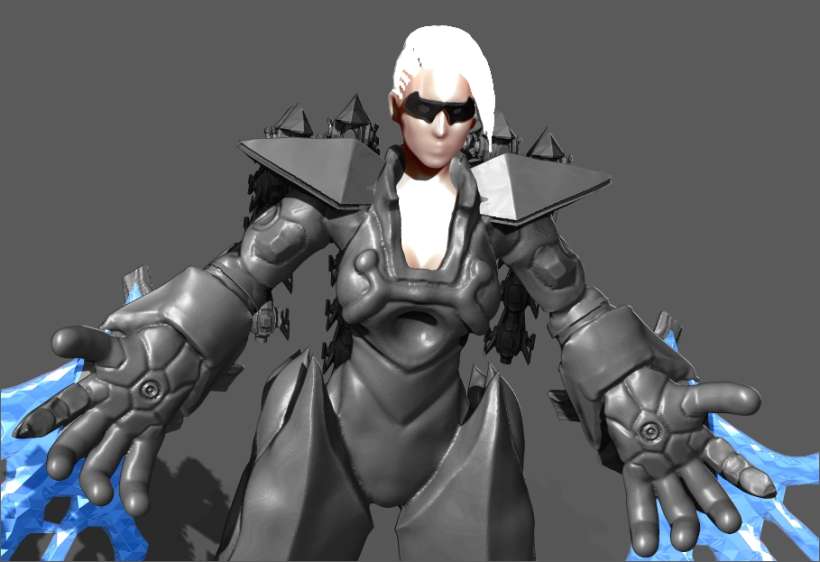 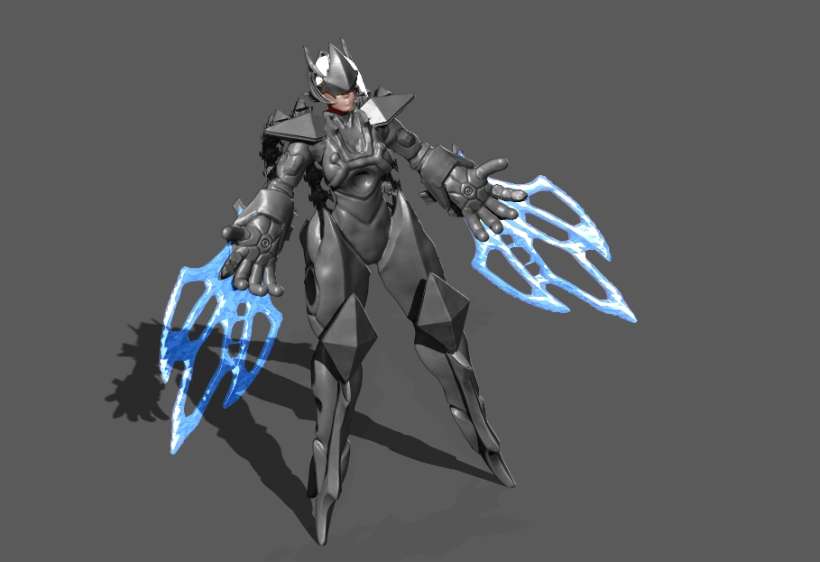 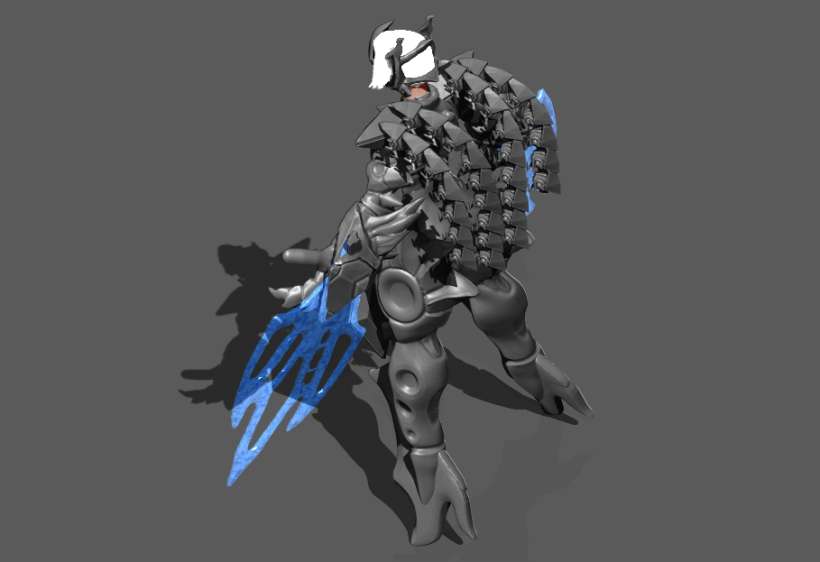 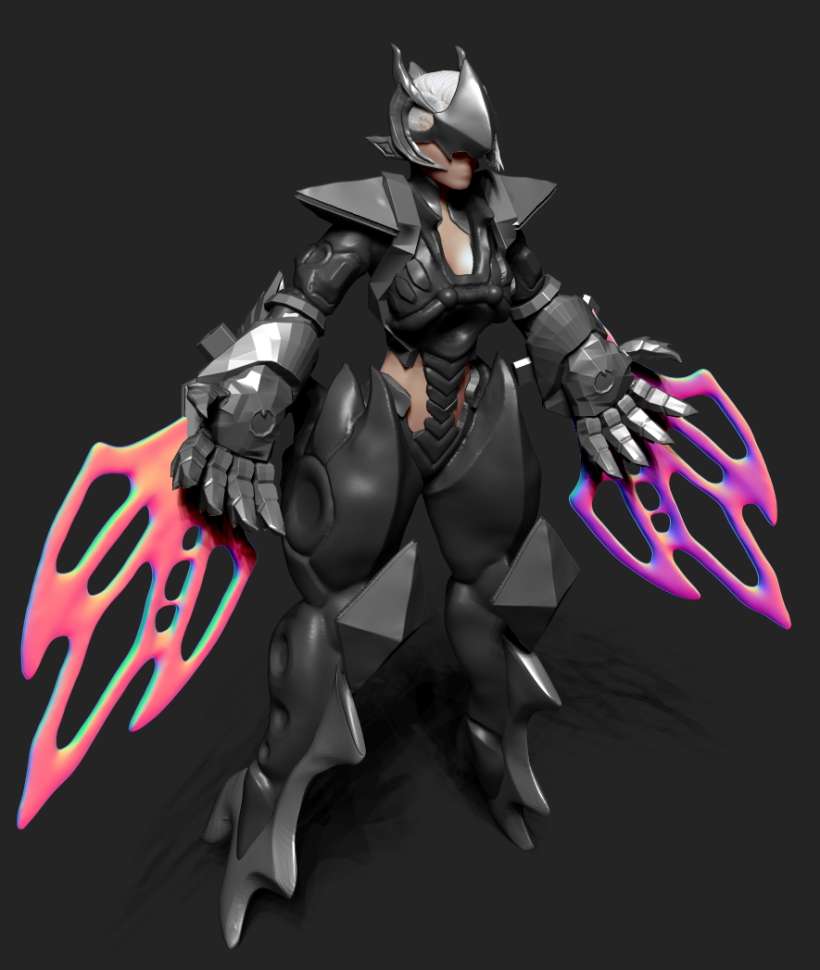 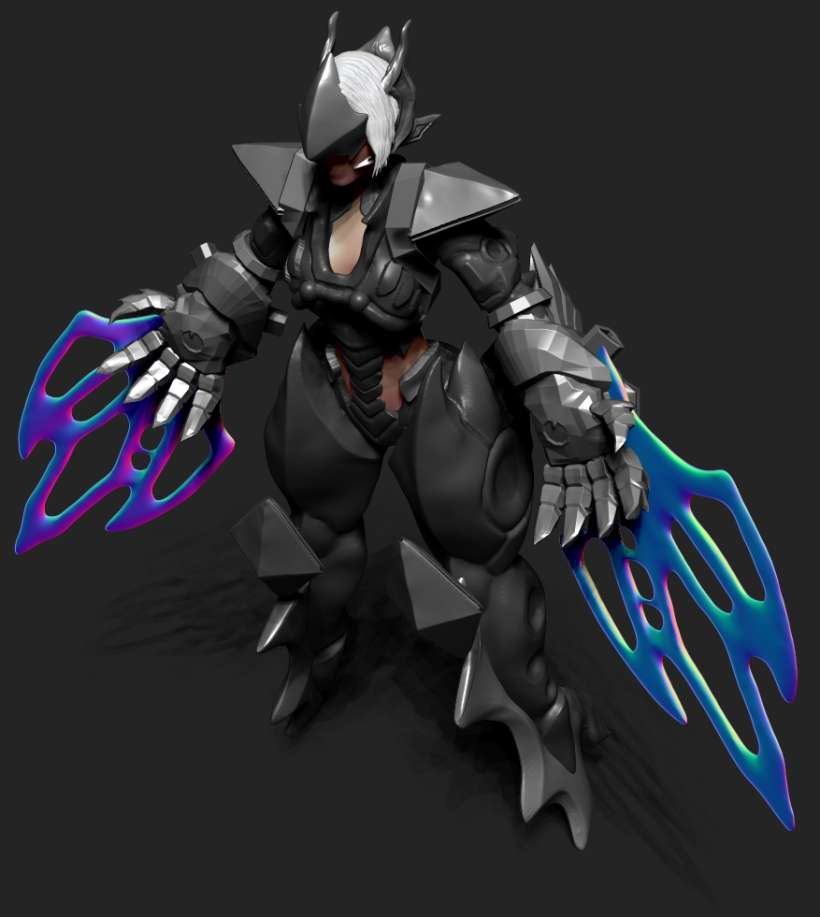 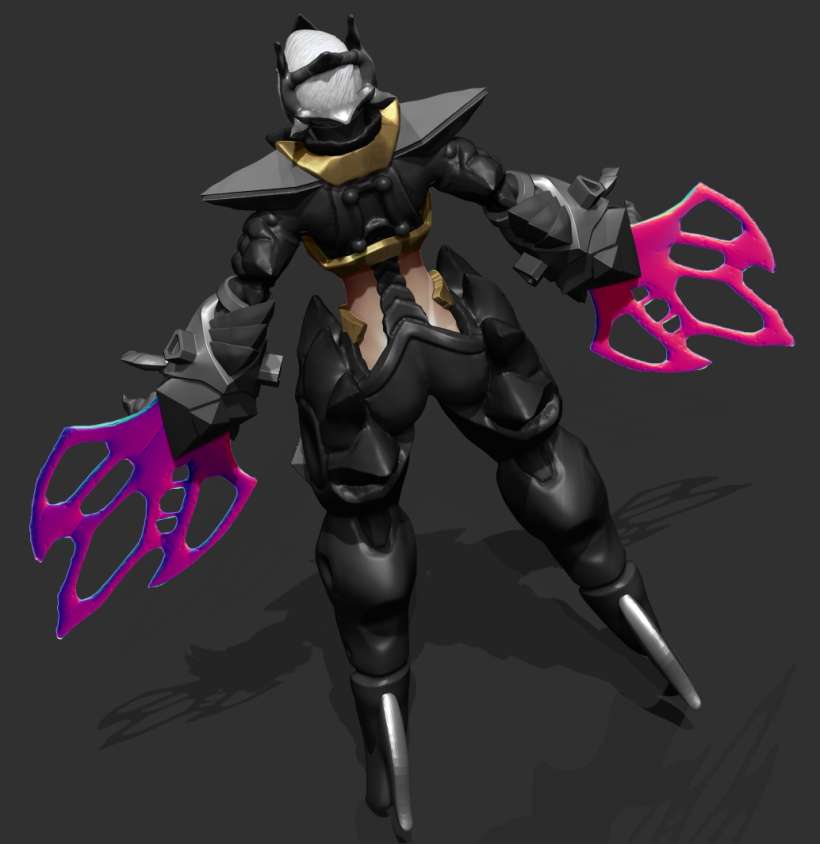 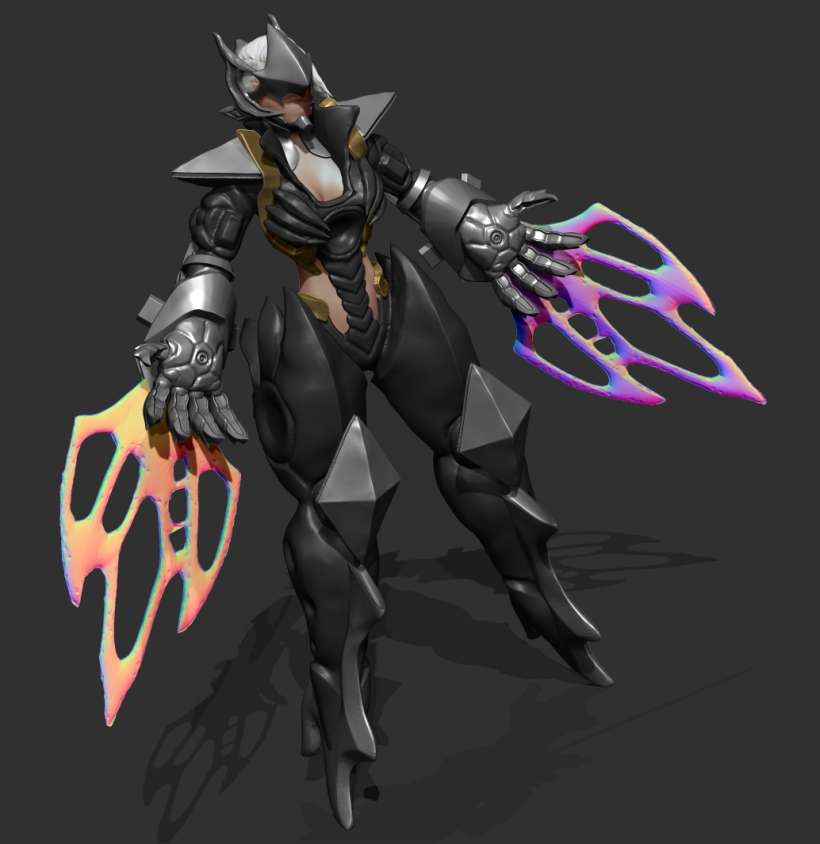 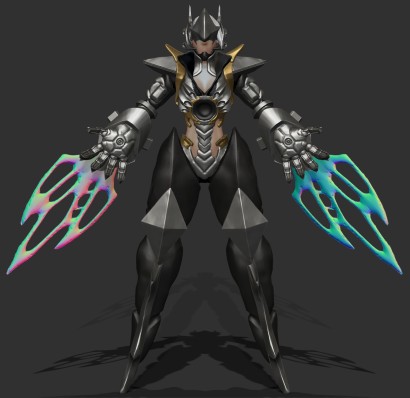 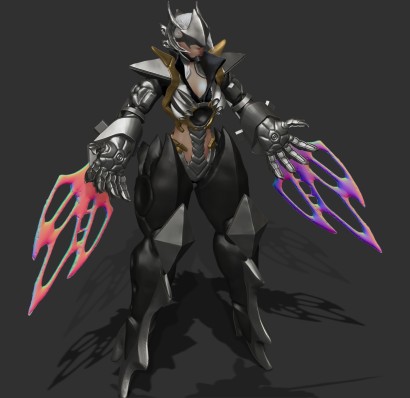 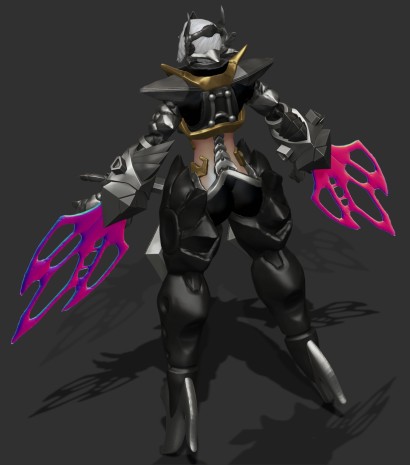 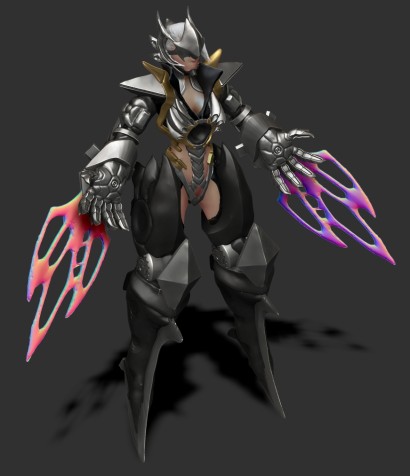 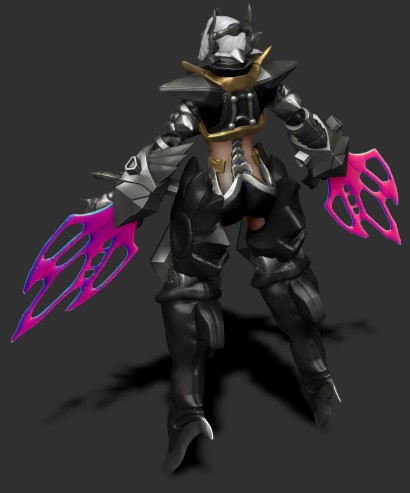 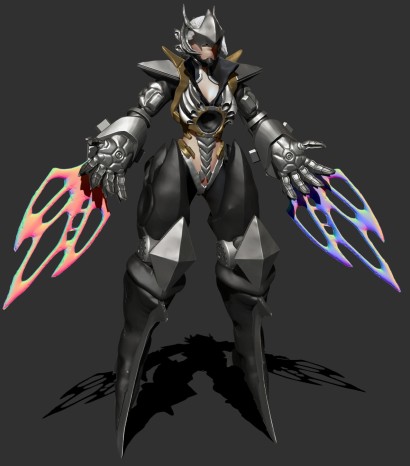 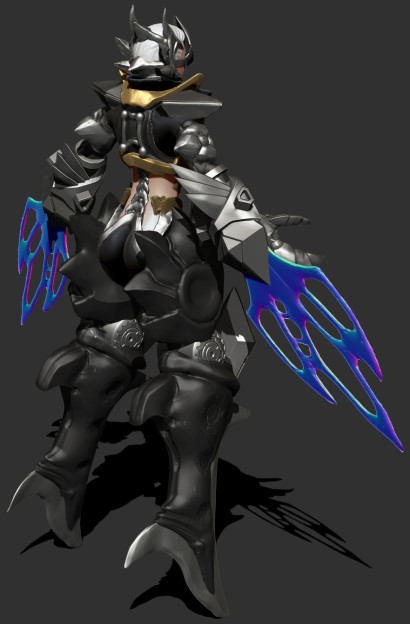 Celest is a human female in a very advanced cybernetic suit. She can use this suit to open warp holes and quickly travel between galaxies. From her back protrudes several probes all interconnected, But if she chooses to she can have them all split up and fly around freely, Each one of which has boosters, 2 cannons, and a solar power panel. For maximum damage she can get them all to shoot her enemies at the same time. The blades in her hands are energy blades which she can put in and take out from the armor on the side of her legs.

With some new inspiration I decided to play with the concept some more. I first thought that it would be a great idea if the side panels on her legs would open up like robot cop and she can then pull out laser blades from those side panels. So i played with that concept but just did not like the imbalance that she has, With more of the interesting parts of her body being on her legs. It just seemed imbalance so I decided to give her these giant hand gauntlets, which very much evened out the weights on her basic shape.

Giant Gauntlets: So now the swords which she would have had, come out of the knuckles of these gauntlets, the giant claws can be used to cut things and the hands can crush things. The gauntlets even feature a blaster in the palm like iron man. The giant hands not only let her shoot fireballs but also to grab and hold those fireballs to throw them anyway that she wants.

New mask: I also decided to play with the face and give her a decorative head peaces, as well as a mask and sunglasses to see what looks better.

new probes: The new probes are more tetrahedral shaped like other new parts of her body. I really feel it gives her a stealthy look. The probes on her body she can control telepathically and they have anti gravity stuff built in to let them flt anyway she commands, they all also have cameras on them to help her with surveillance. however the further they are from her the more concentration to control them she will need, Meaning that she can control many of them at close range but very few at far. the outer surfaces of them are solar powered panels, which is how they gain power. Each one also features four cannons that come out on command, as they shoot they spin around in an orbit to help maintain them in space. Meaning that if she commands them to she could have a lot of Gatling guns shooting her enemies at the same time. In off mode the probes interconnect in to a rope