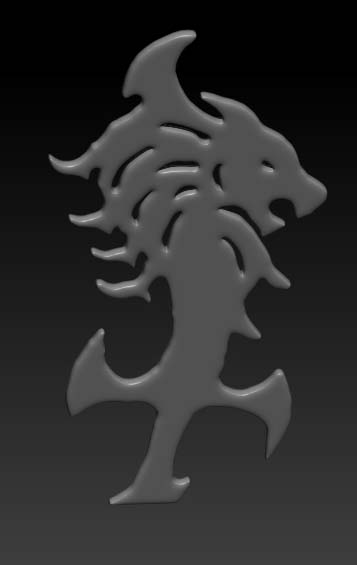 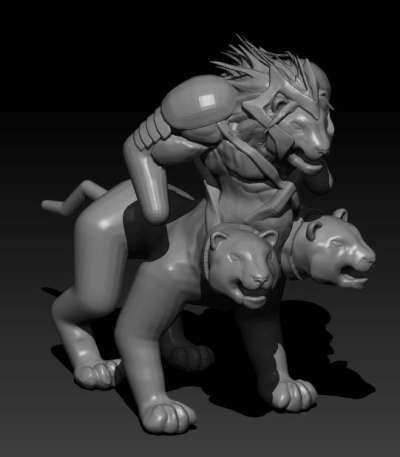 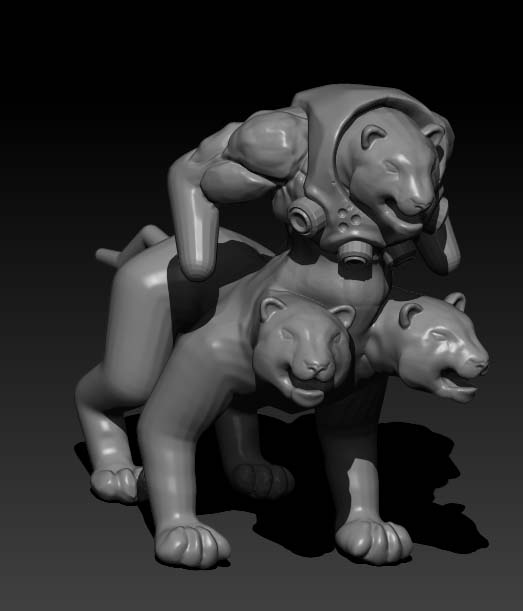 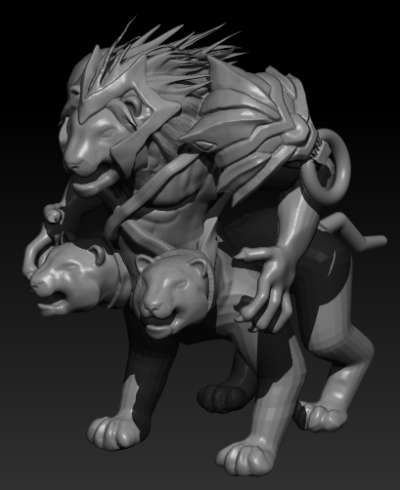 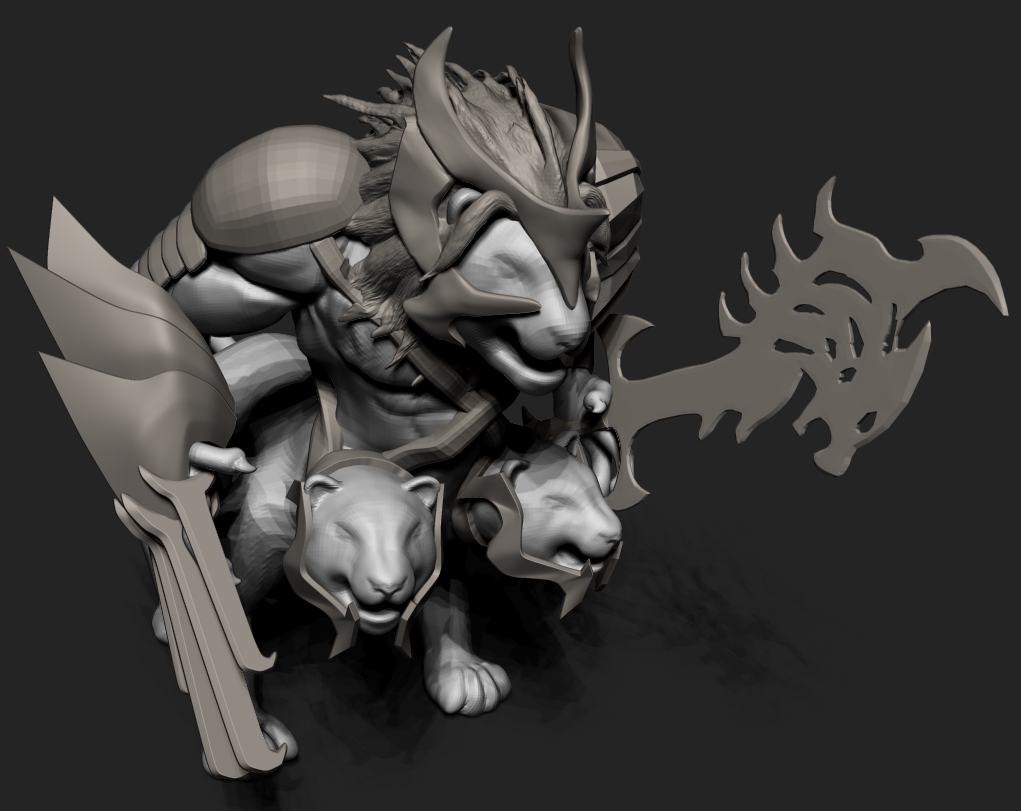 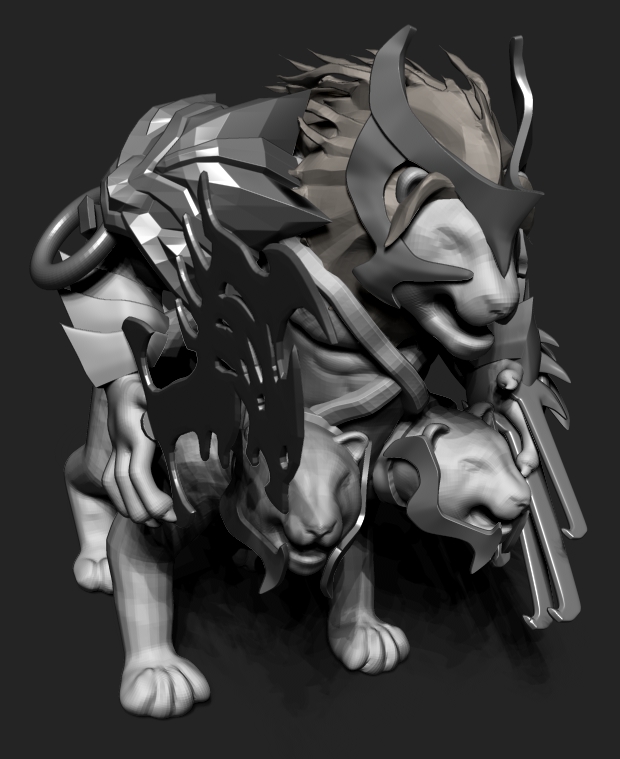 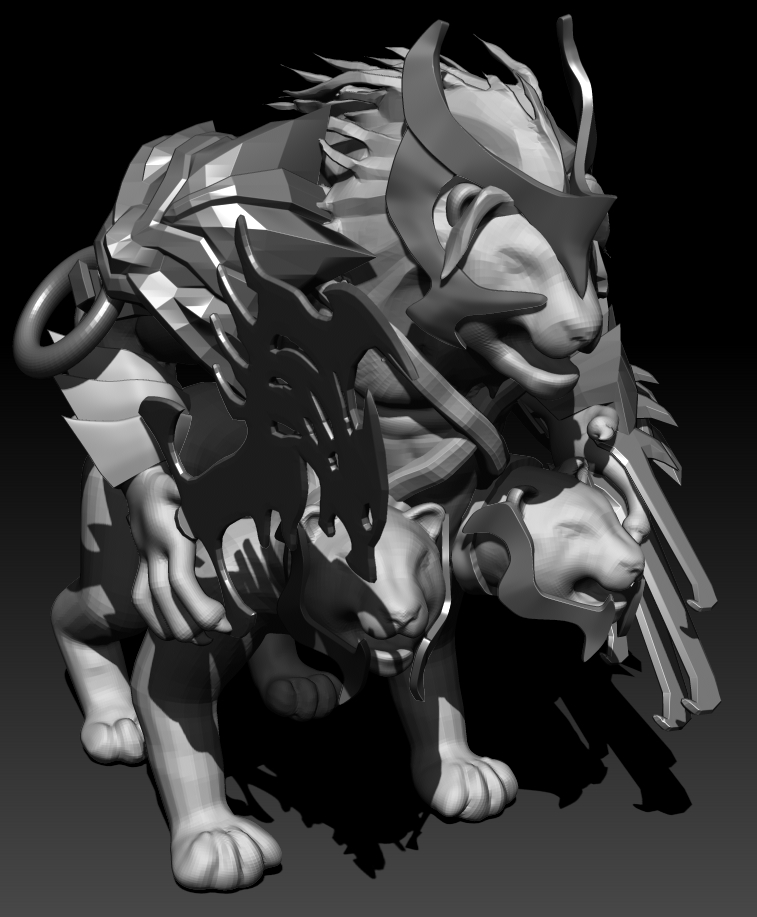 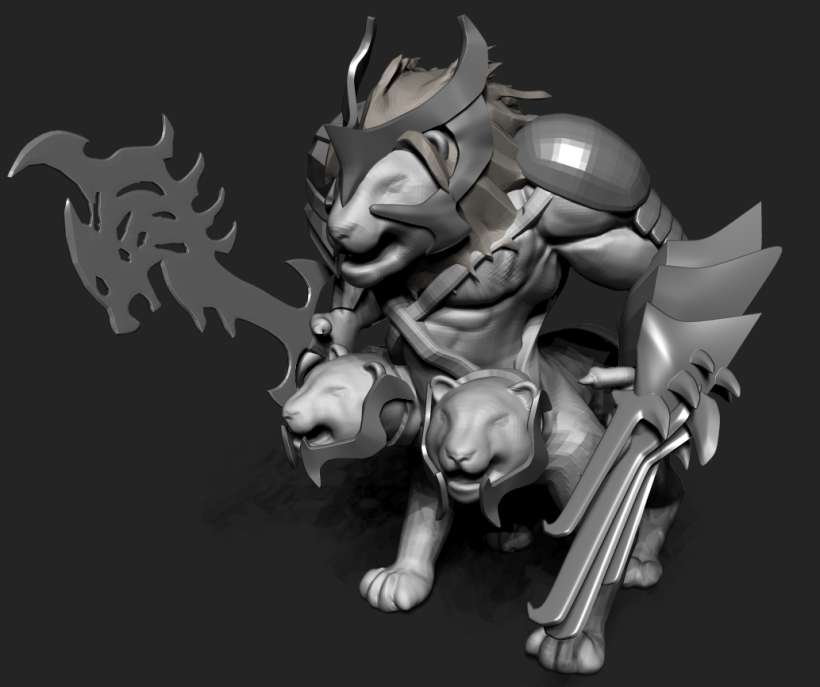 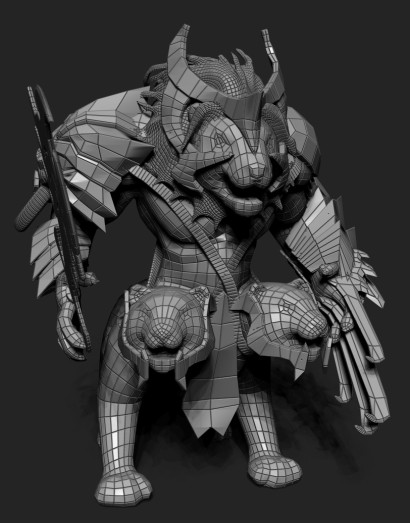 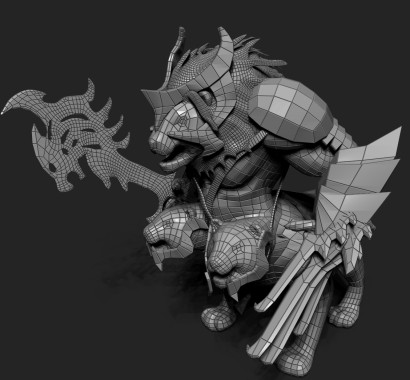 Updated his form to be more realistic, Also updated the straps.

This is my rendition of the Leo sign. Now I didn’t want to do something boring like the a giant lion or a lion man. So thinking of the element of Leo which is fire I was thinking of everything fire related. So that had me think of hell, and then Cerberus. Which is the 3 headed dog which defends the gates of hell. Well so this rendition of Leo is a Cerberus inspired but the middle head is actually a body which holds and uses weapons. So after playing around with the design I even created a panther version, thinking that might look cooler. Currently the middle head has the body and a lion head while their other two heads are lionesses.