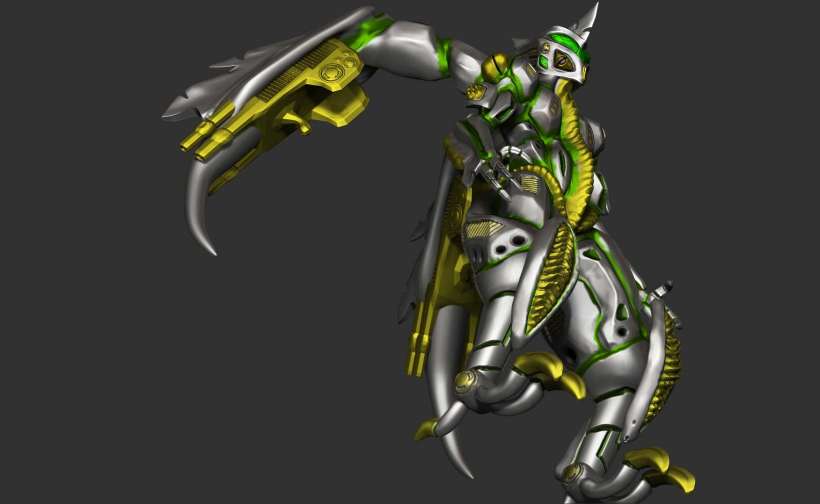 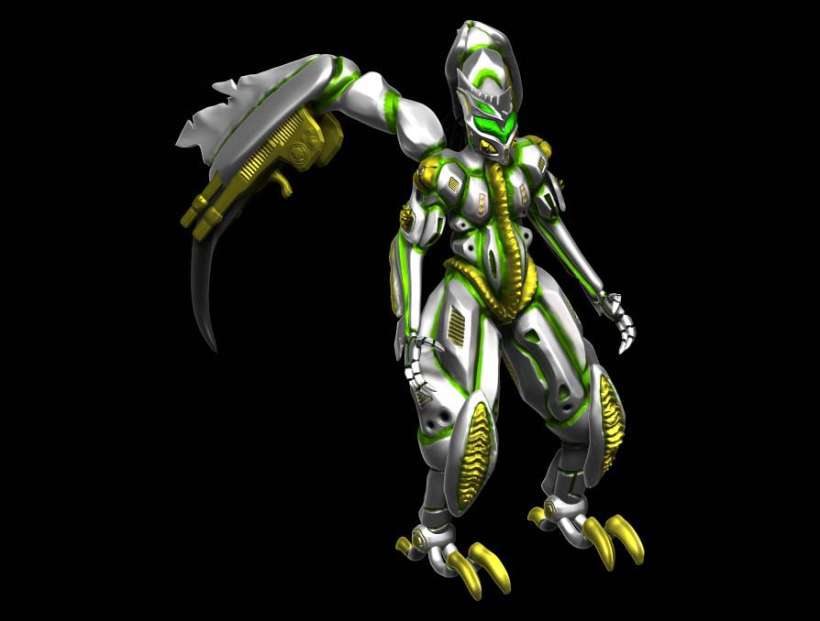 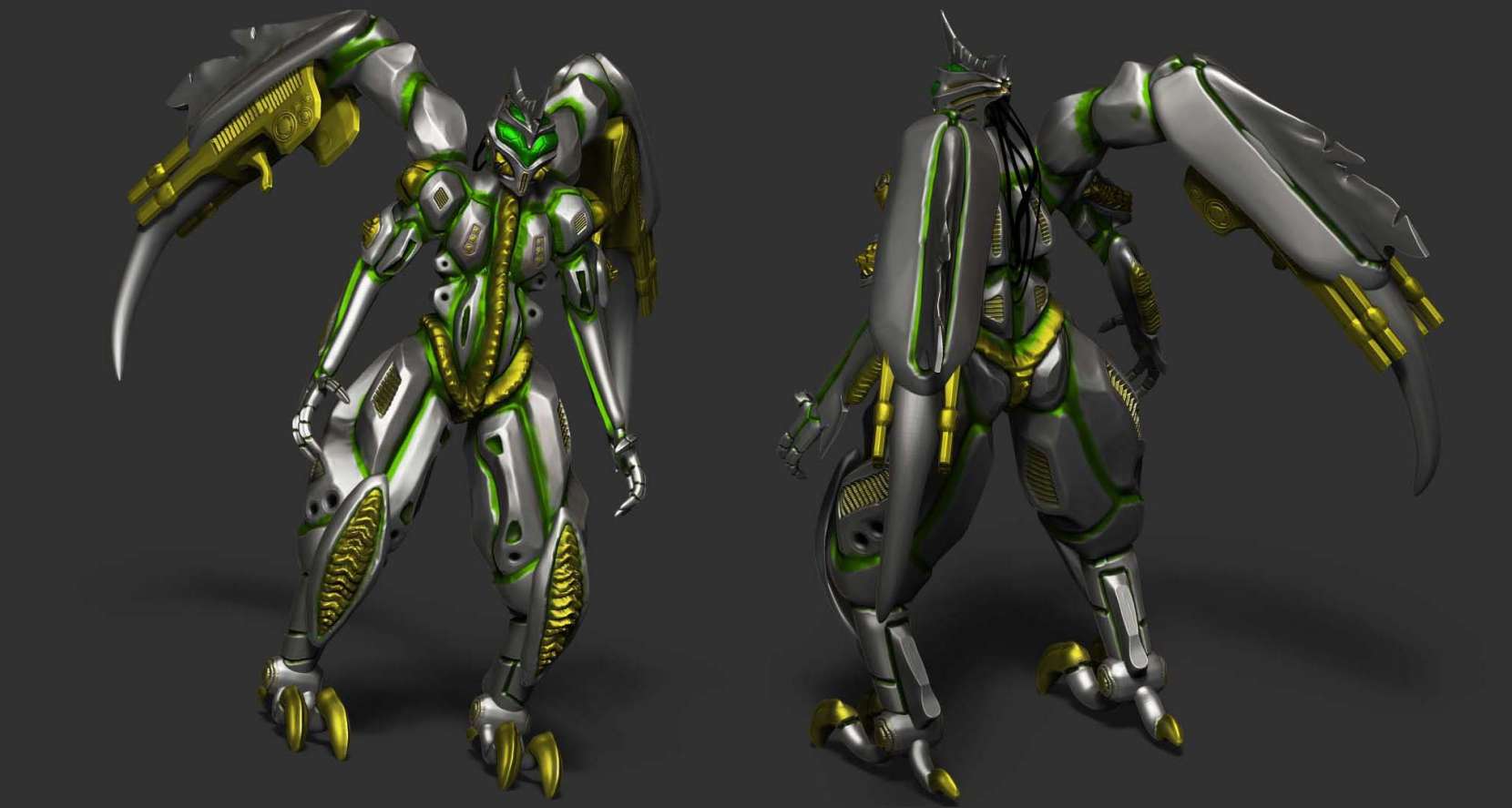 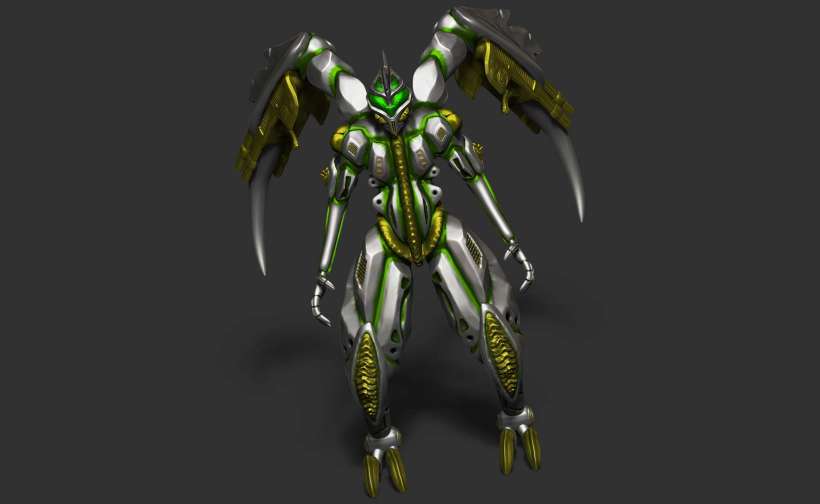 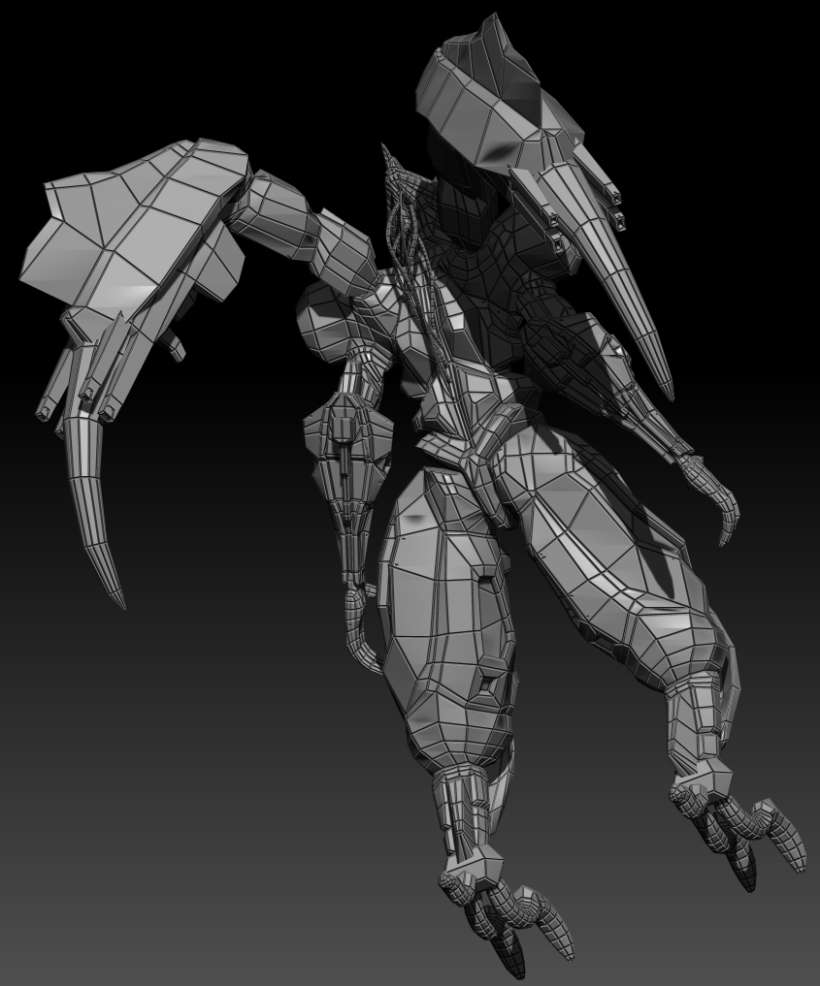 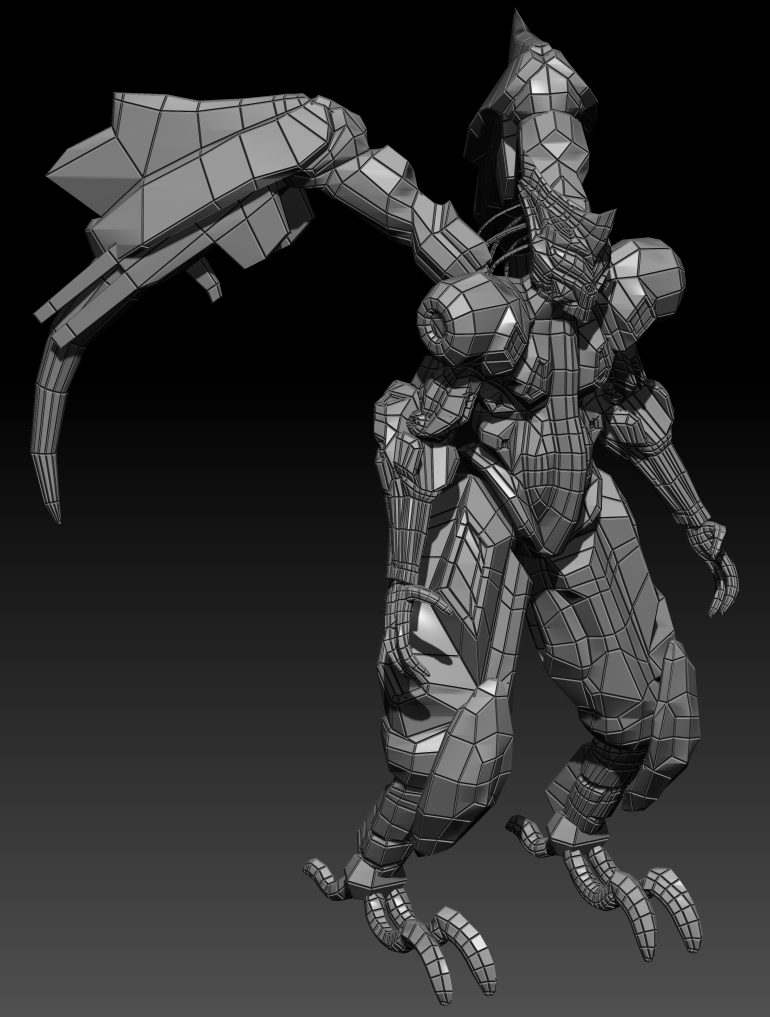 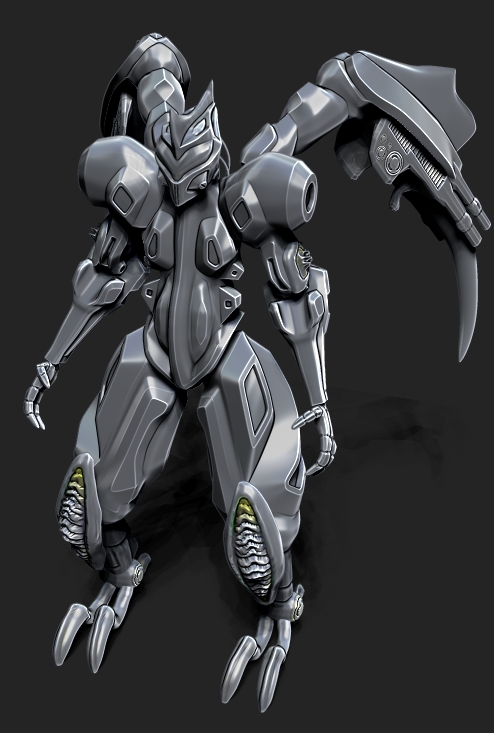 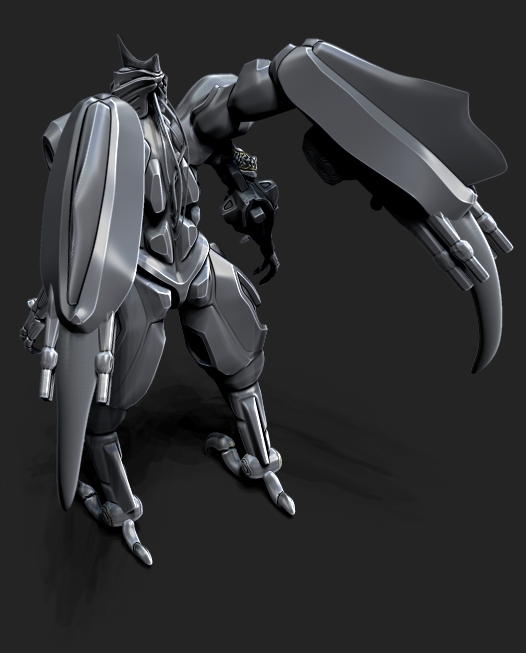 This character is meant to be an alien from the Mantose race, a Berserker soldier who is a heavy weapon troop. All these aliens have giant claws that come out of there backs and allow them to impale there enemies. Actually the tips of his back claws is the only part of his body that isn’t covered in armor.

This character is fast and can fly in any direction using the multiple boosters all over his armor. He also has 4 turrets attached to each back claw. He can then put the claw under his arm and grab the pistil grip with his arm to shoot the giant turrets. The mask on this character is inspired my A halo Mask.

Concept:
This character was my first venture in hard surface modeling in ZBrush. My secret to getting this done was using the flatten, fast mallet, and clay polish tools, to get the surfaces just right. I had an idea for a really interesting silhouette with this character, with fat legs and a skinny upper body to really make it seem like a fast character. Ultimately it turned out better hen expected.