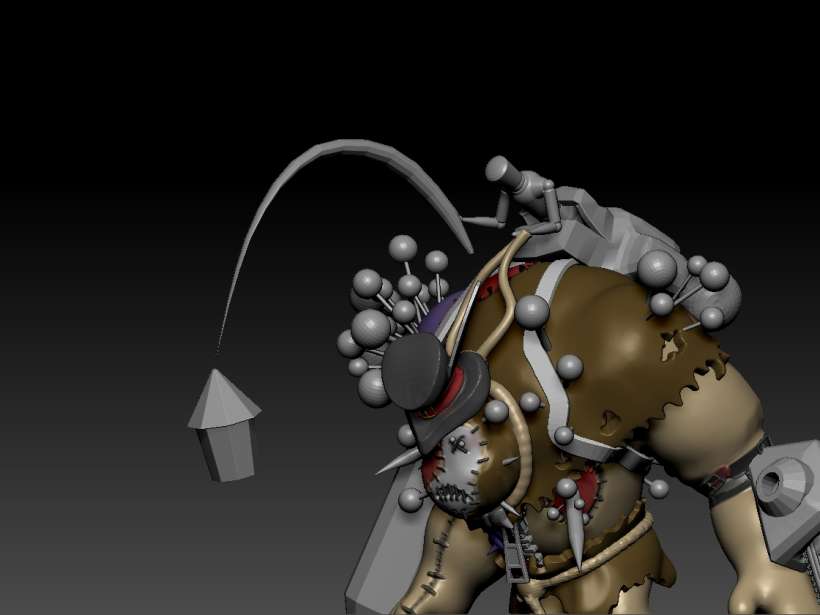 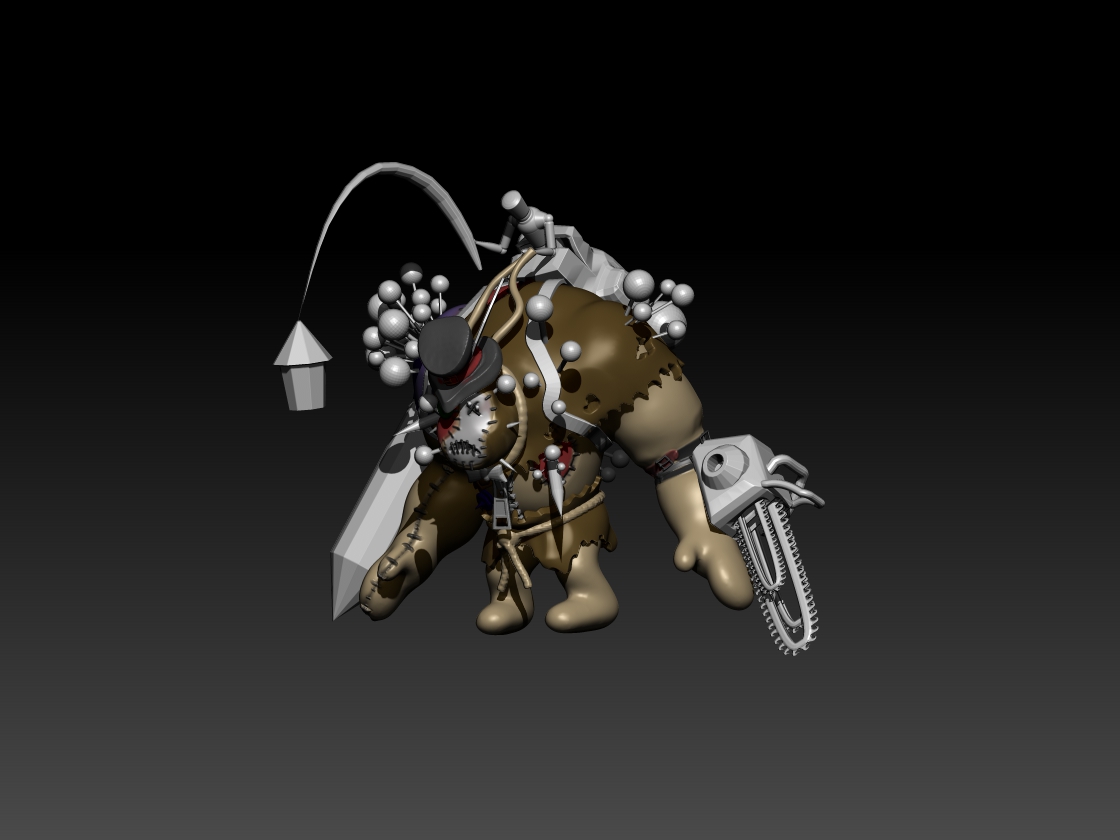 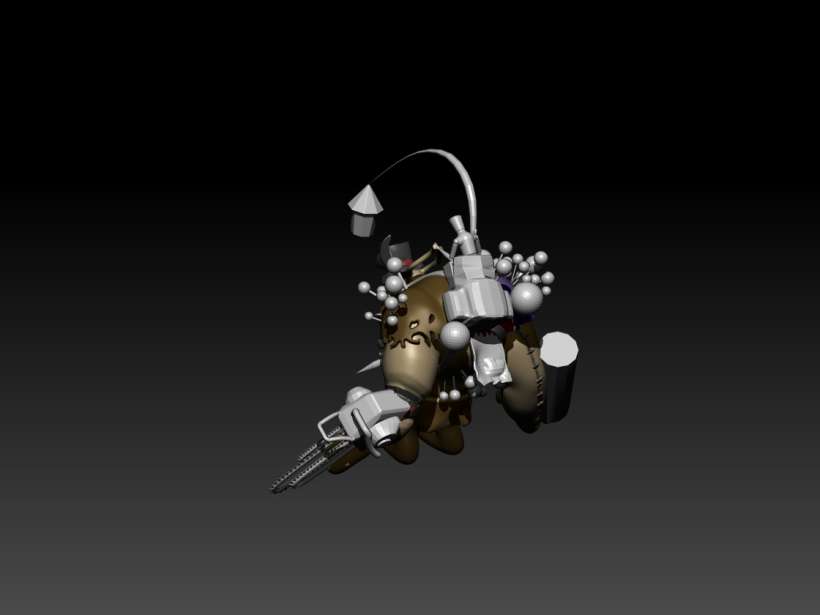 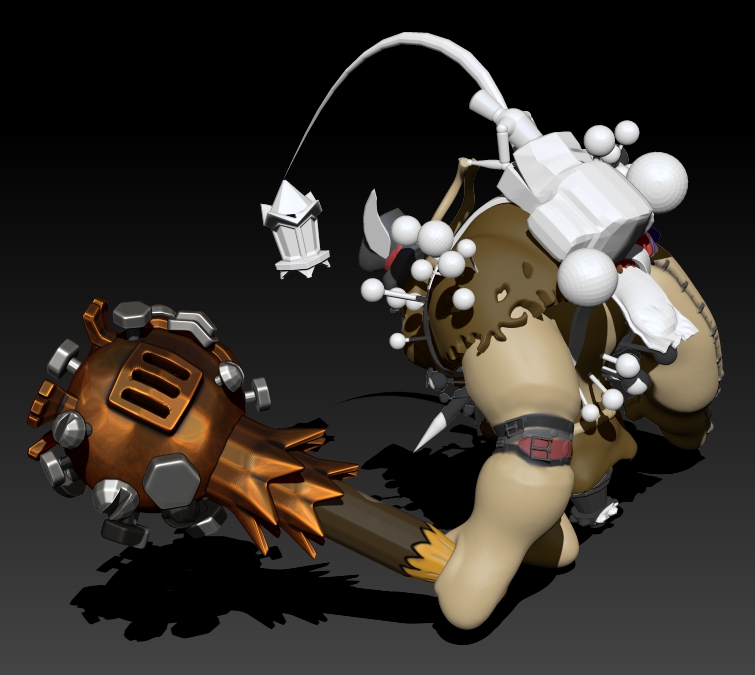 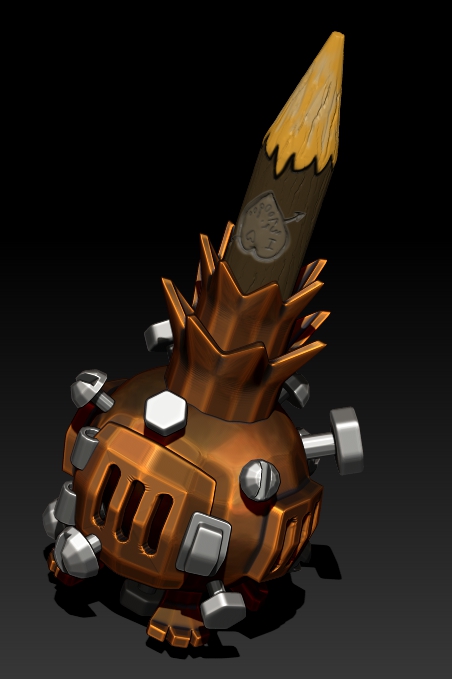 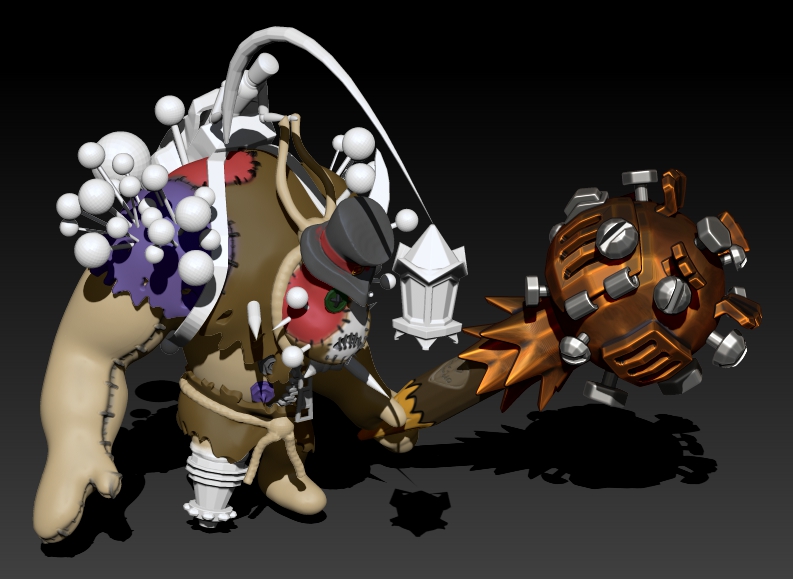 Added a furnace weapon instead of the chainsaw so that it can use it as a mace to melee on it’s enemies.

So the theme here is that a little girl has been possessed by the devil and gained amazing magical powers so she. She used her powers to bring to life and increase in size her favorite toy. Which is a VooDoo doll, this creature who she rides on its back will constantly defend her but is not very bright and does not have the best night vision. So She has a lantern at the end of a fishing poll which she waves in front of his face. The creature will then move toward the light, and destroy everything in its way. It can even throw the spikes in its body, and either use the Wooden log in one hand or the chainsaw in the Other to defeat its enemies.