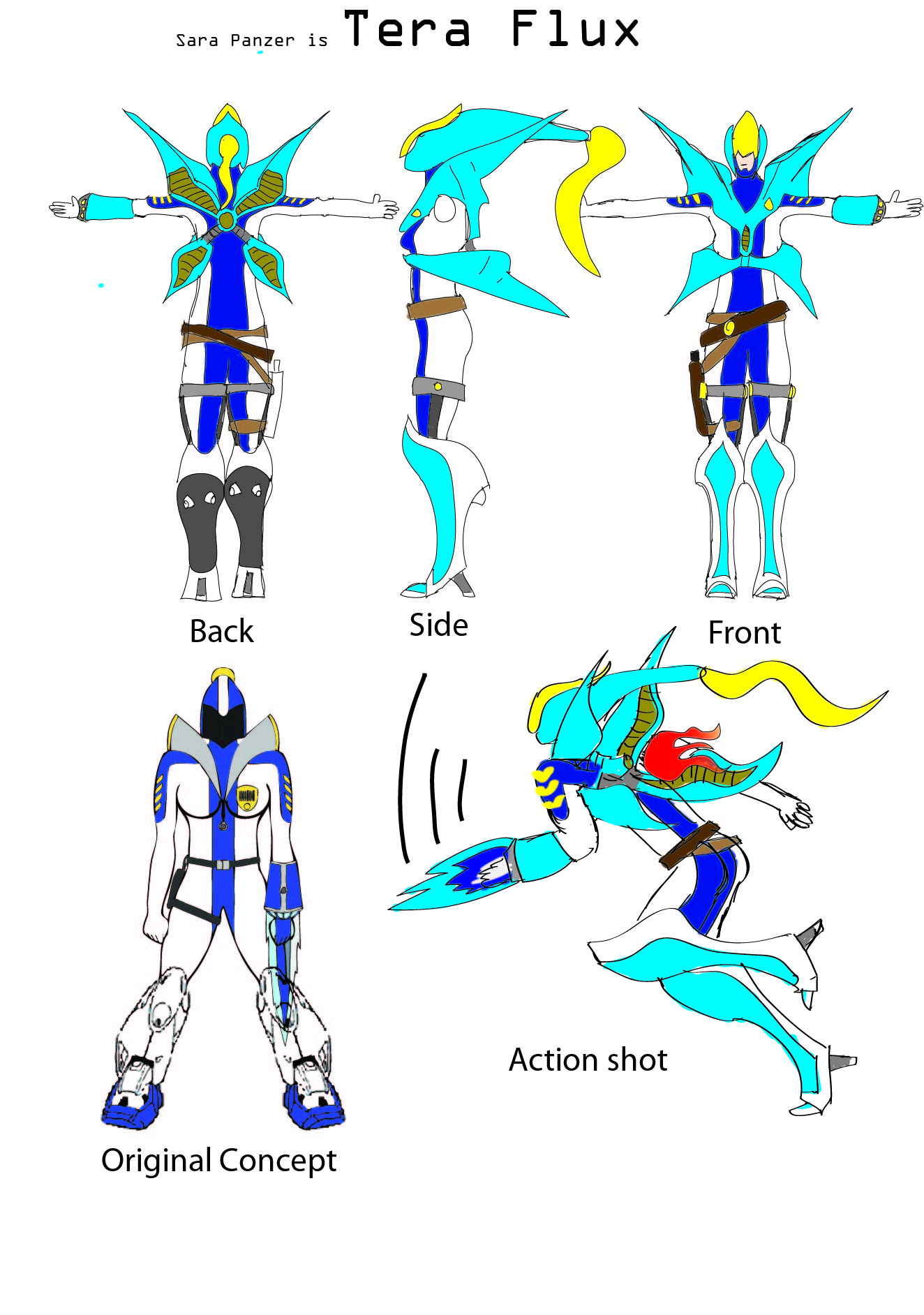 Sara panzer is in the same series as Jack Cylo, her story is that She is an elite cop whose sister happens to be a real tech whiz. Well one day to help out her sister she decided to make her special flux booster armor. Sara eventually used her sisters armor to help her in her police work.

The boosters on the armor give her much more maneuverability and flexibility to help her get any suspect that she wants to get, eventually becoming a role model for her fellow cops. In her youth before Sara became a cop she was an Olympian track runner, So speed was always her game in life. Her armor features boosters both on the back and on the boots, it even features vents to allow airflow around her body, while shes running. After a good running start she can actually control the thrust from the X shaped boosters on her back to help her, fly after she Gaines enough speed. Her sword gauntlet, is actually a modified police taser, its meant to encompass the police officers hand in electricity so that they will taser any suspect that they touch. Well Sara’s has been modified and amplified by her system to instead of having an electrical touch she will have a electrical sword come out of her Gauntlet. Besides that and the modified motorcycle helmet, she has a standard Future police uniform.

Interactive PDF (not for mobile)
This is an interactive 3D model and using them is one of my first personally figured out trade secrets, that figured out. If you get an adobe pop up window before opening this page, or the page below is a white square then simply refresh the page and it should work just fine. Once the window below shows just fine then left click to rotate, after your first click, use the scroll wheel to zoom in and out, then alt+left click to pan. Finally use the window in the upper part of the window to switch between various wireframe options.
Wanna comment click here: Blog
♪
► ‖
«
»