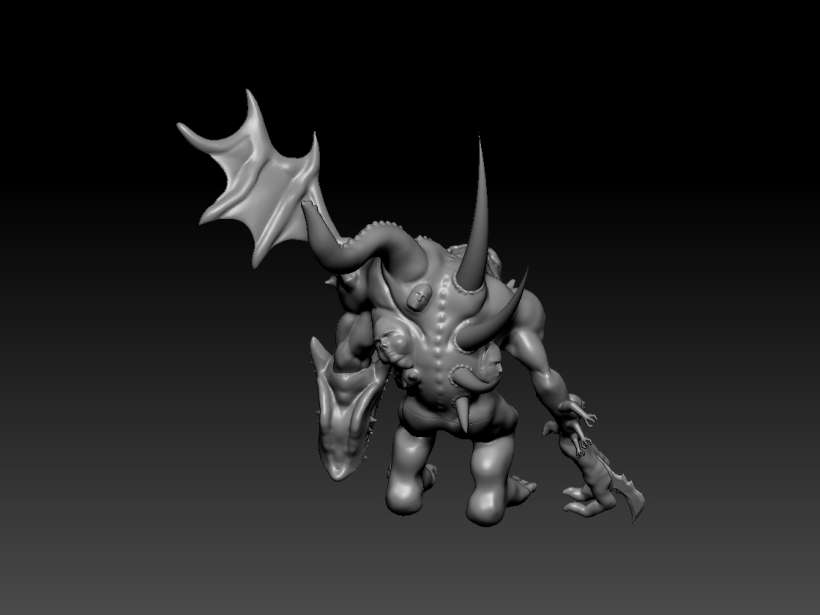 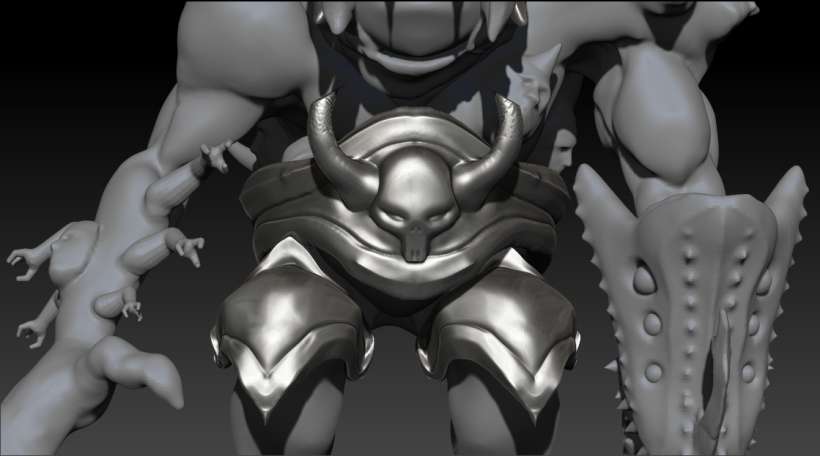 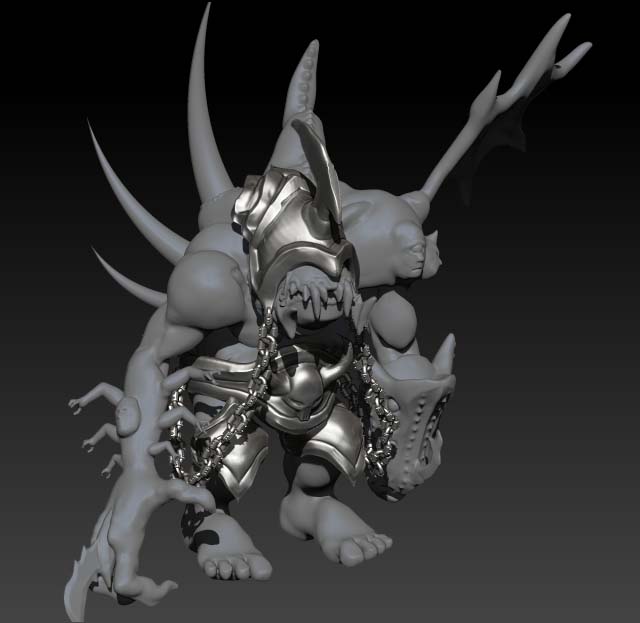 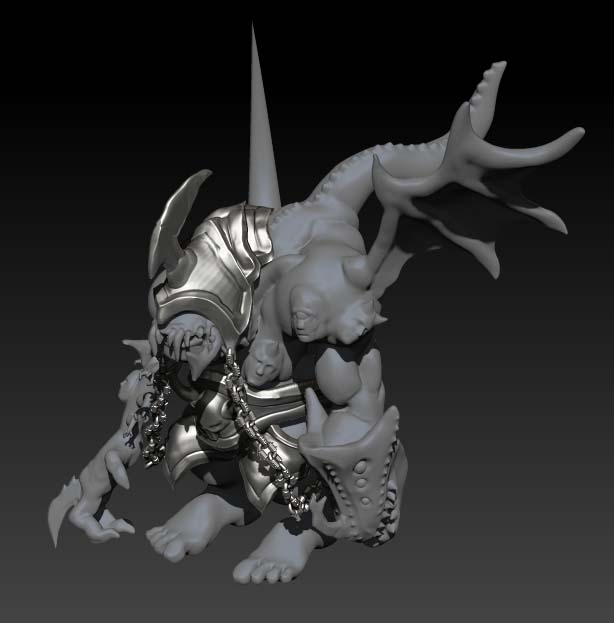 Decided to add some armor to this character And a helmet that completely covers his eyes. I want him to seem more like a brute that destroys everything in its path and uses its sense of spell to capture its enemies.

The sorrow demon is a demon that merges its body with all its defeated enemies. So after every battle it wins it becomes more powerful. It even managed to defeat the heavenly dragon, which guards the pearl gates. They call it the demon of sorrow because all the heads of its adversaries stick out of its body and moan in pain and their new dis-figuration.