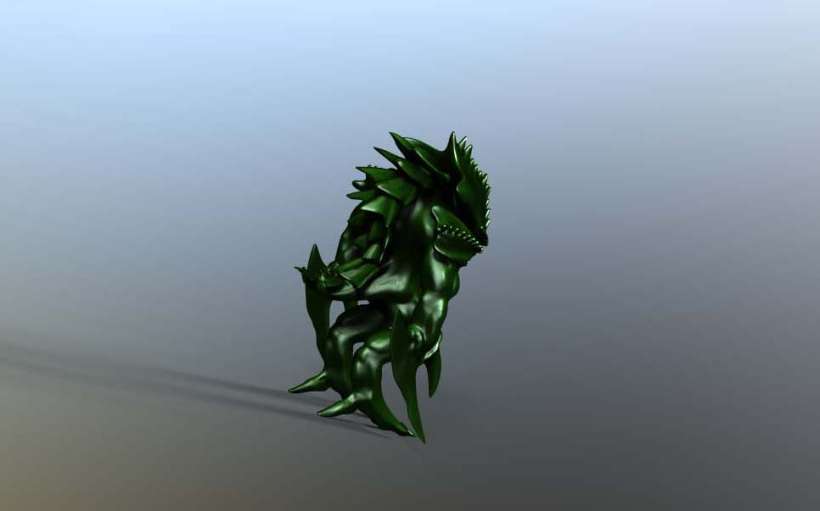 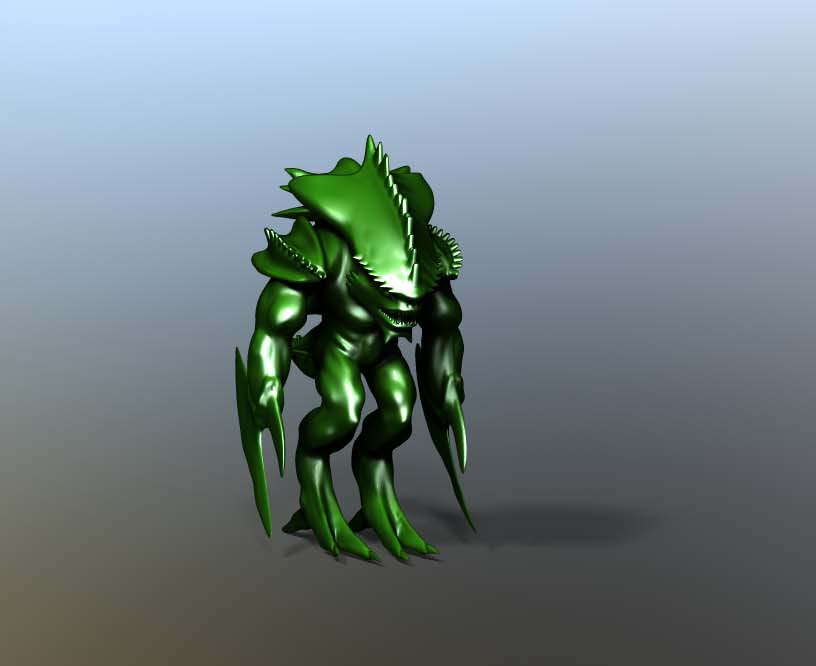 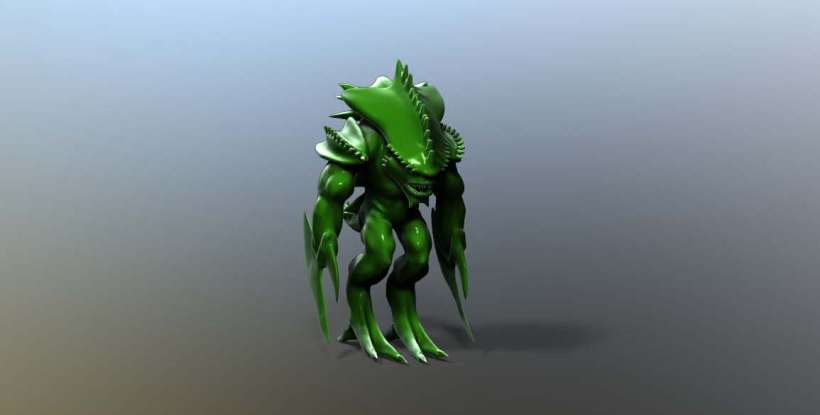 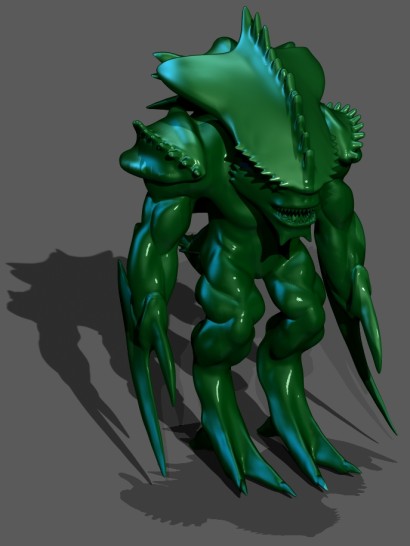 This version of the character I will model from references of crabs and lobsters, so I plan to give him an exo-skeleton, and spiky arms to come out of his stomach. I also decided to rename him from Troll-dino, because his original concept was a mix between a troll and a dinosaur. His new name is Malacostrose, because he is a crab and his name is a play on th word Malacostraca, which is the class of species that crabs fall in to.