So the point of this post is to move my leviathan model in to a playable level in unreal, Essentially this post is my journaling of that process.

So to improve my level design skills I have decided to move my leviathan model in to the game engine and actually make it in to a playable level. So the first stage of this is to create an experimental component which I’m going to do with the frontal Haul of the ship.

Stage 2: So I worked my magic and did my best to get the same quality in unreal. It’s all about playing with the materials and I realized a few things such as

the end result was the material set up below 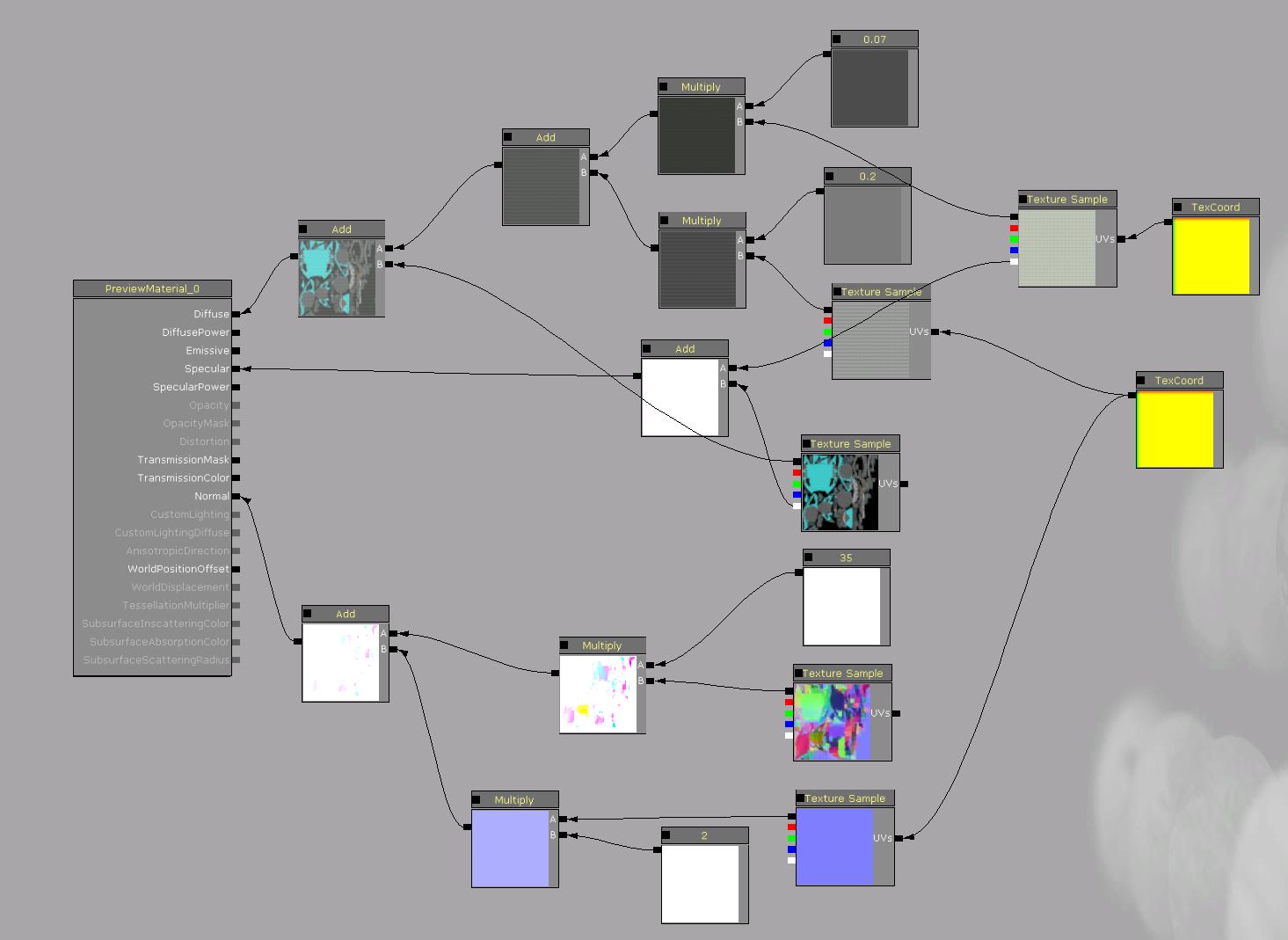 stage 3: This is the best result I could get on my mesh. So far I think this looks terrible especially at close up. The above image show how the model looks in the editor and not in the engine. Since in the engine it is 150x larger, The bump maps are much smaller and weaker. For much better texture quality I feel I will have to break up this model in to various components and implement the best practices of modularity techniques. 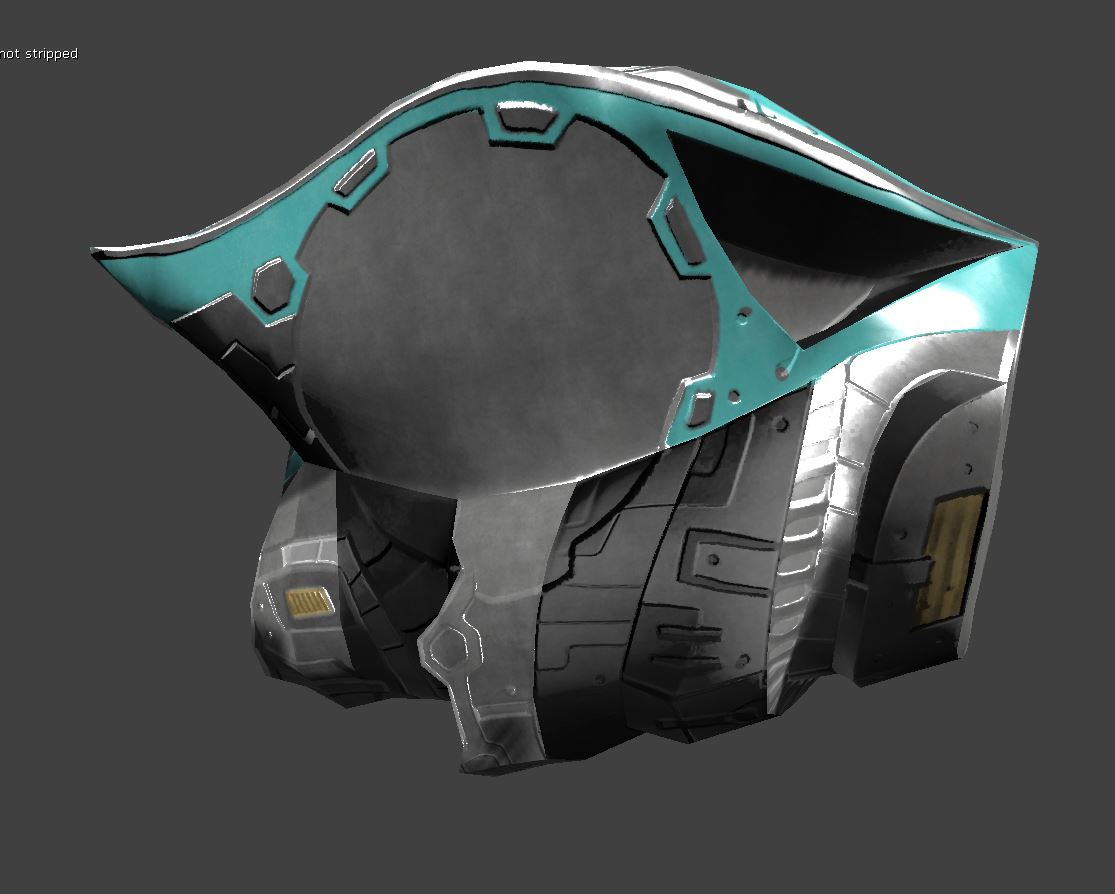 stage 4: Since this looks weak I decided to split up the components of the haul and retopologize it to show more details, below is the results.So after some more research I realized that bump maps only have a strength of about 2 inches in real scale. Meaning that this experimental haul will never look that good based of its bump maps. Because if you consider its scale 2 inch really won’t show up that much. Even if i really push the bump offset, it will either never look strong enough or just look awkward based on the angle of looking at the offset. So I realized that for the offset to look right it has to be connected to the texture as well. So that the offset of the texture and bump will move together. Now I realize that to truly get this ship to look cool I will have to put in all the outer details manually, With real topology, and focus on creating bump maps for the smaller details on the ship.

Stage 5: Worked on the materials some more because it looked terrible I decided to really organize everything based on the higher level details going down to lower level details. I also replaced some of the add commands with a multiply command. By prioritizing the higher values to the lower values I made sure the larger values will be connected closer to the front and the lower to the back. The smallest details will not even have a diffuse but rather reflect only in the specular. 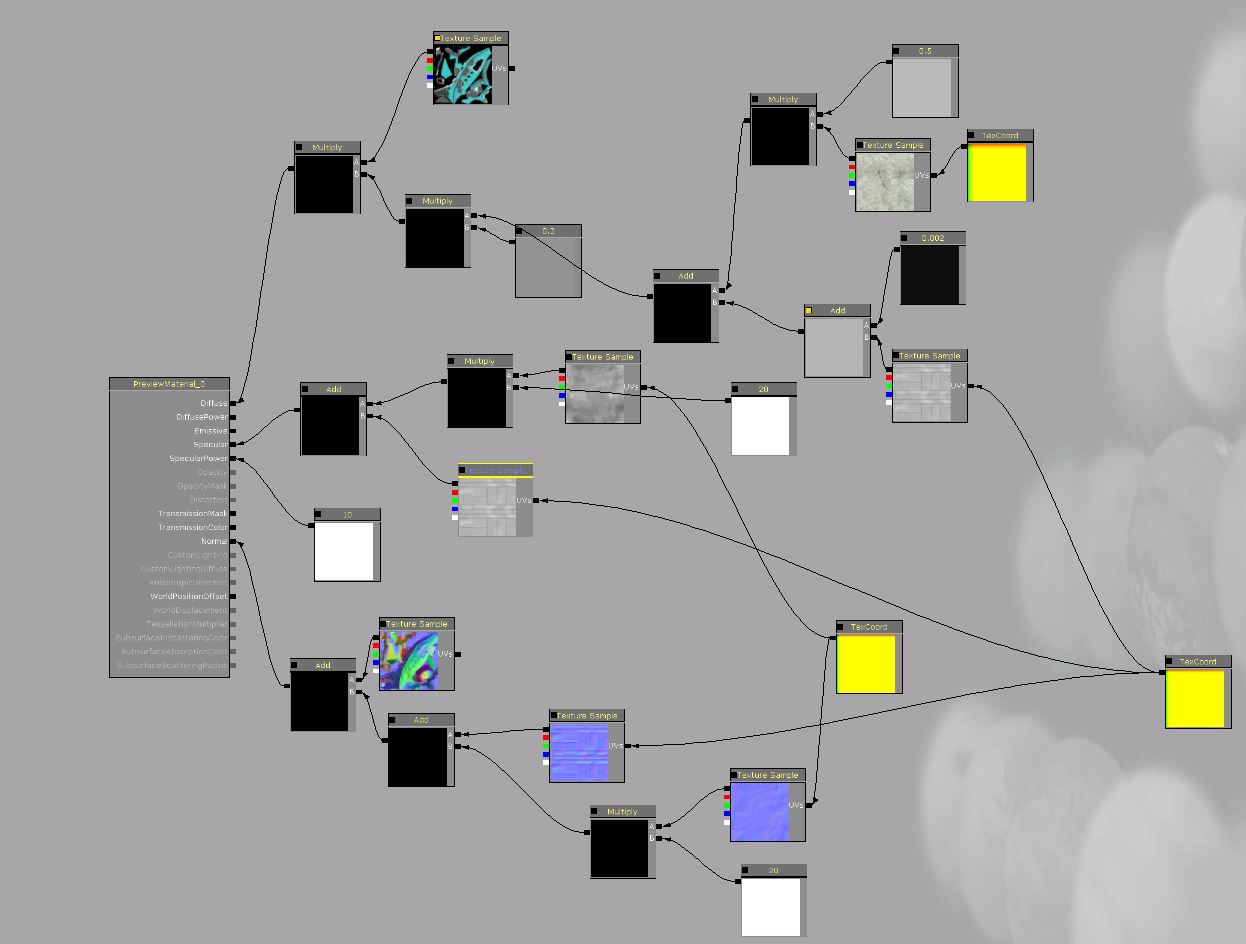 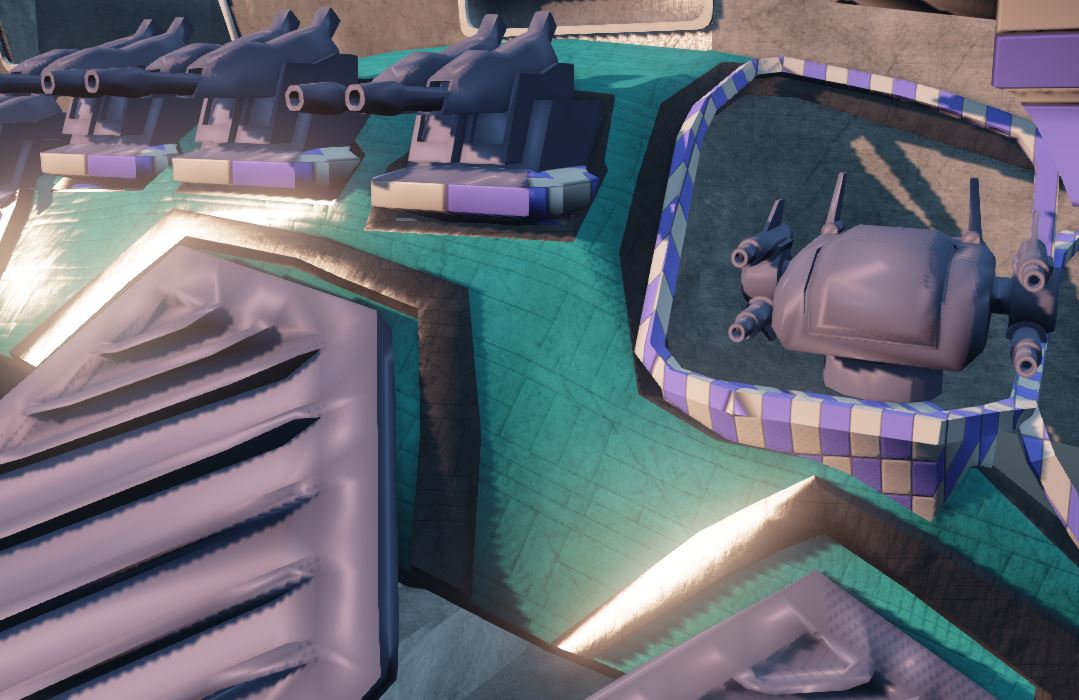 Stage 6: Now that I got the materials to look somewhat like what I’m looking for, I had a huge mess of old materials, experimental materials, and textures. So I decided to clean everthing up, create groups for different components, and create layers for everything in the scene. 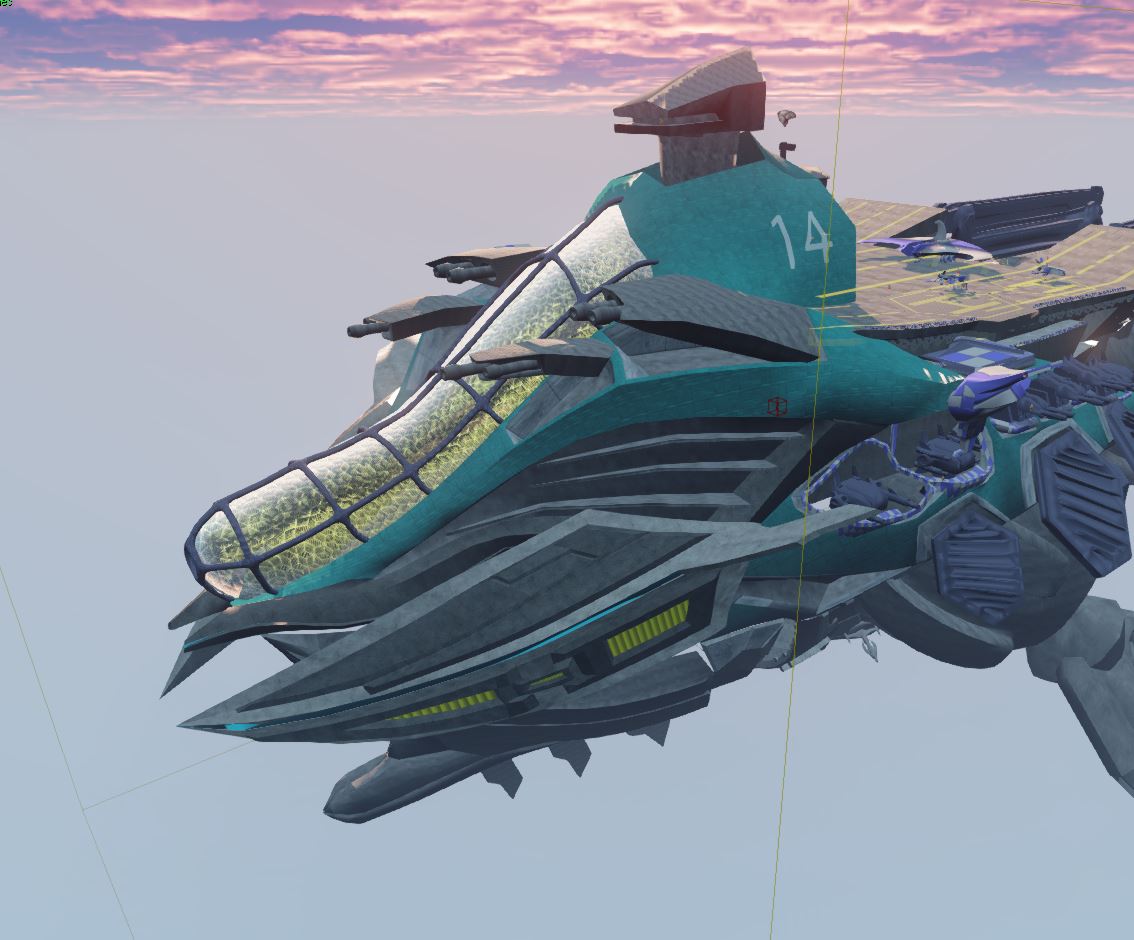 Stage 7: added new assets in to the scene, as well as animated the top blades 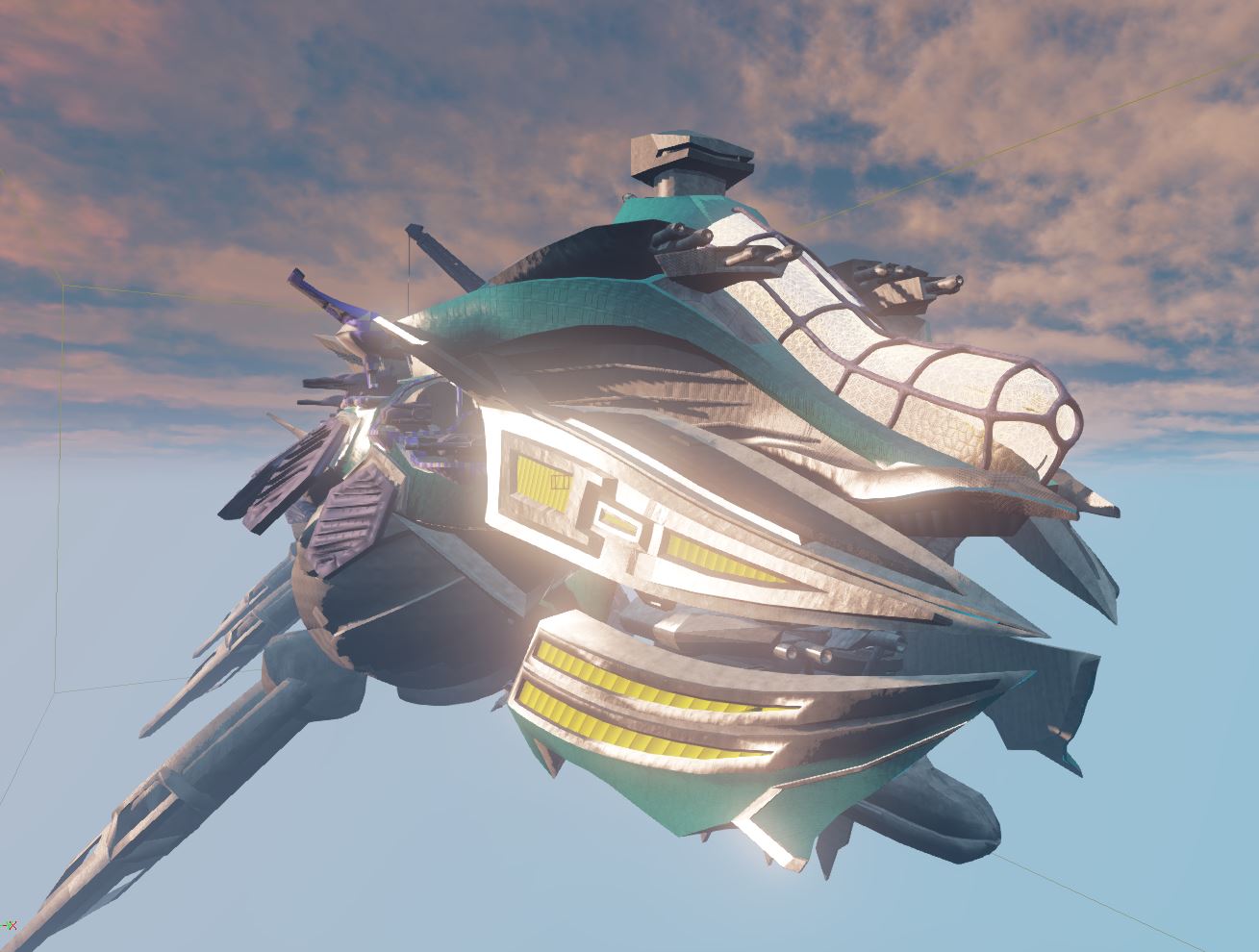 Stage 8: Finished the lower blades, as well as the actuated arms that move them inside. Had a problem with making the rail gun actually actuate so opened up this blog to help me figure it out. 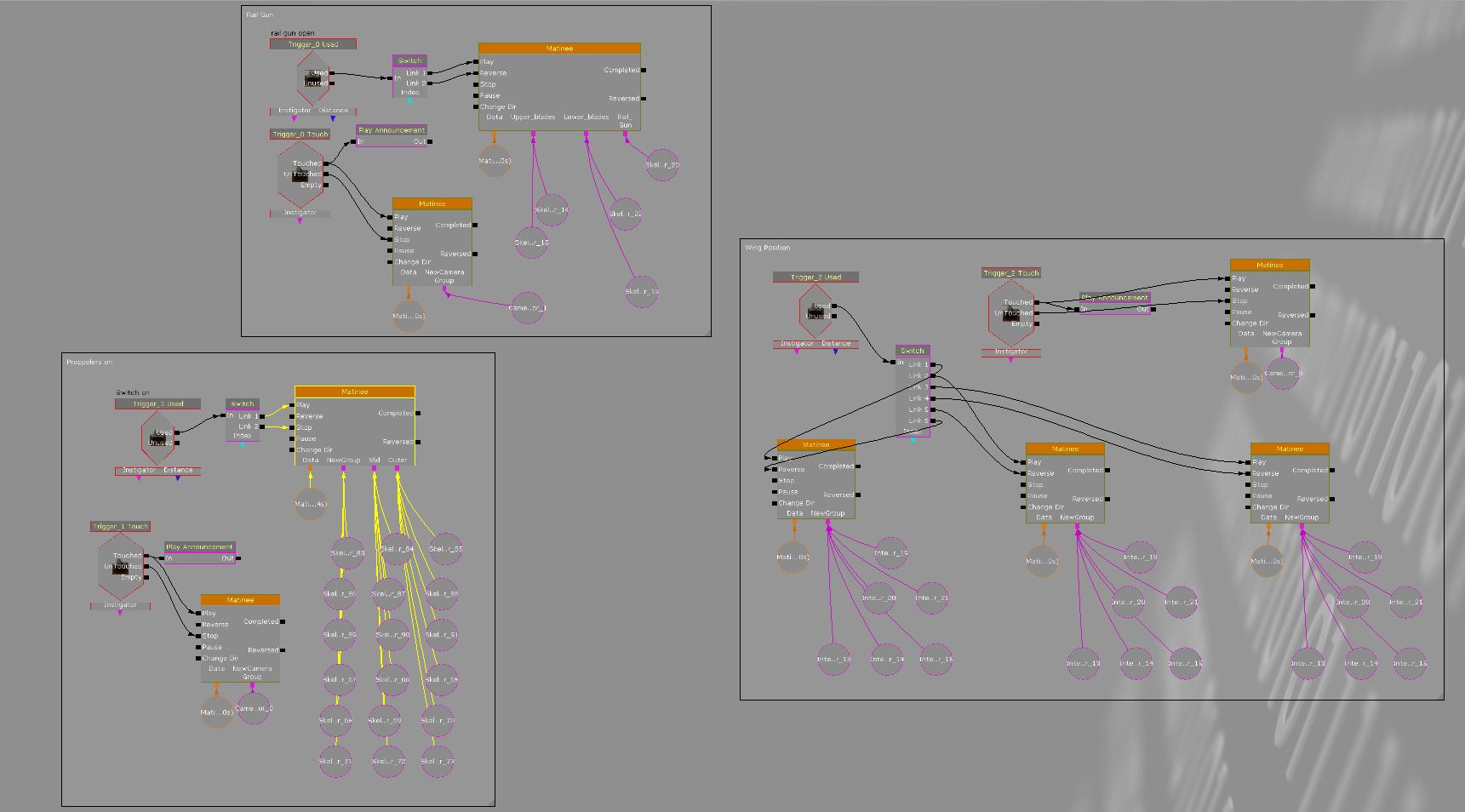 Stage 9: So now that I completed the Rail gun, which was one of the most difficult components I decided to move on to another difficult component, which are the fins. This was difficult because I need things to be parented so that I could both move the fins, while keeping the propeller on it so it would look properly. It was hard to figure this out but once I found the attach menu I realized it could do everything that I need it to do. It will also help me when I need it to move the hauls in adjacent to each other. I also created the Kismet to control everything, and placed cameras to display the effect. 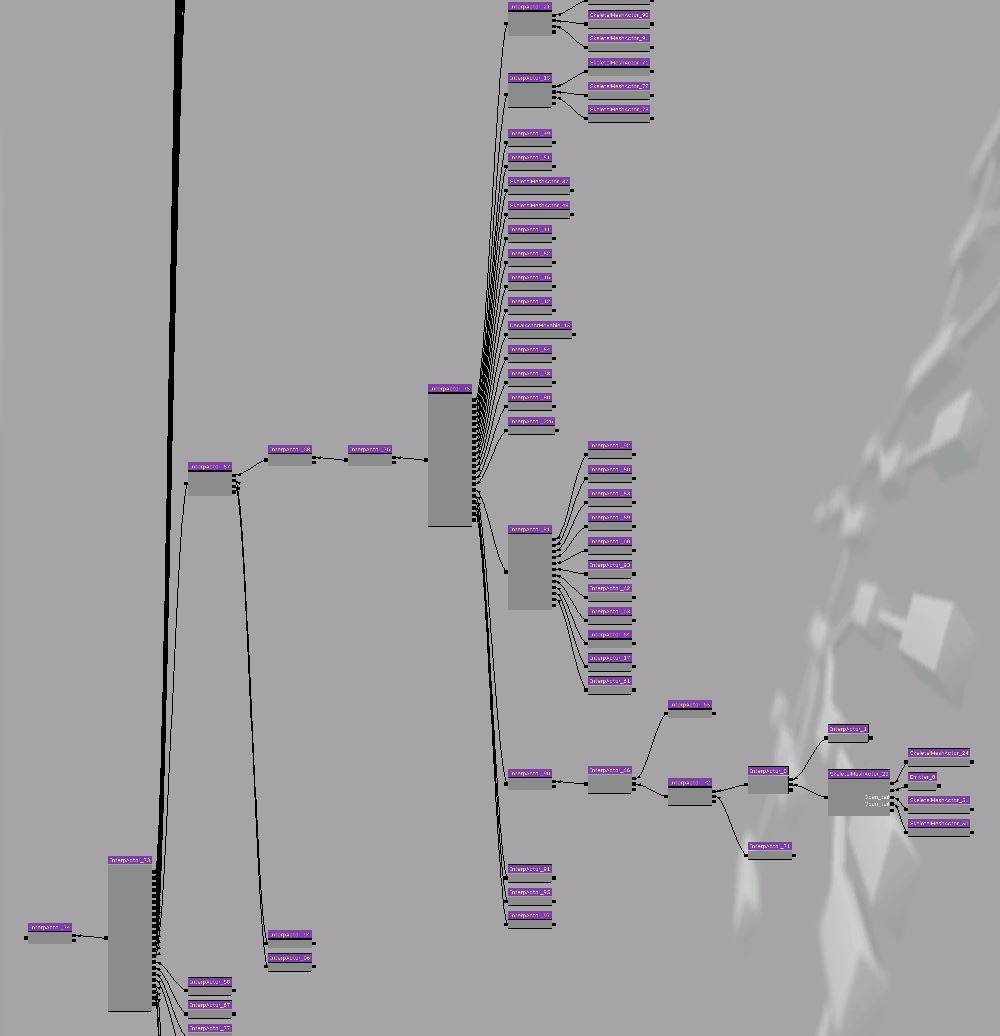 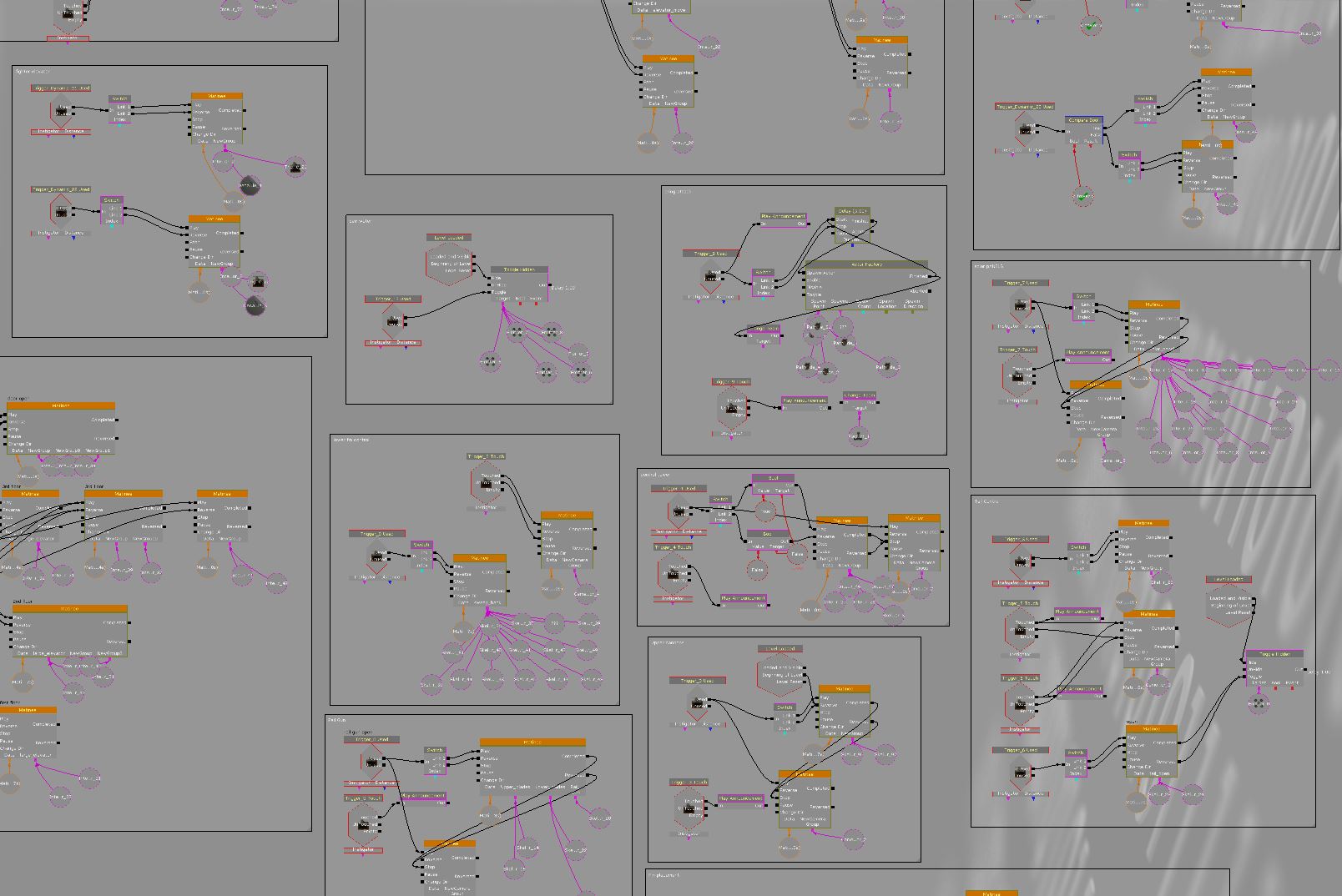 Stage 10: So I really have not been having too much complications since the last stage. I worked a lot fixing up the kismet to give the ship all the functionality that I imagined it would have. I also took full advantage of the attachment window. to  fully attach the ship together so that it can rotate on its pivot points and make the ship a lot more dynamic. Some of the things that I learned from my mistakes are as fallows